Protests in Kazakhstan - Is the Kremlin Behind the process? - ednews.net

Protests in Kazakhstan - Is the Kremlin Behind the process? 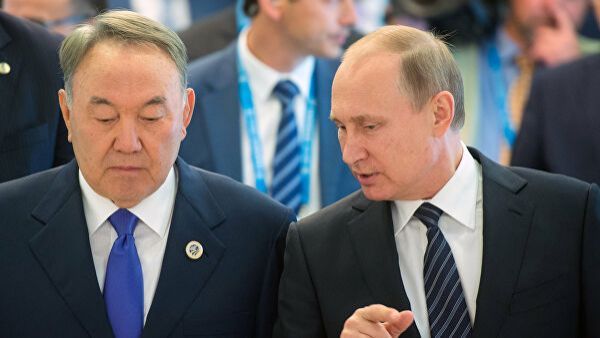 Protests in Kazakhstan in early January over rising liquefied natural gas prices have turned into a serious armed incident. A two-week state of emergency has been declared in the country.

A special operation has been launched to control the situation. President Gasim-Jomart Tokayev went a step further and asked the Collective Security Treaty Organisation (CSTO) for military assistance. He claimed that organised terrorist forces trained abroad have been involved in the events in Kazakhstan.

Interestingly, images of unknown people distributing weapons to people have also been spread on social networks. Allegedly, some foreign forces, taking advantage of the internal situation, are trying to intensify the armed conflict in the country. In this situation, some forces blame Russia for aggravating the situation, while others blame Western forces. Although the accusations are not at the state level, local media outlets mainly name the United States and Russia as interfering in Kazakhstan's internal affairs.

It is quite intriquing, who are the forces interfering in the process or interested in arming local protesters? In general, are there any foreign forces behind the plan to overthrow the government in Kazakhstan?

Speaking to  EDNews.net, Azerbaijani political analyst Samir Humbatov has commented on the events in Kazakhstan as well as outlining the reasons for the conflict.

"When talking about the events in Kazakhstan, we must first look at the beginning of the process. If we examine this carefully, we can understand what forces are behind what is happening. Of course, Kazakhstan has recently experienced a renaissance in the economic, cultural and political spheres. In other words, although the former President of Kazakhstan Nursultan Nazarbayev left his post in 2019, he received the status of both the head of the CSTO and the "Elbas" "leader of the people". He also acted as a direct supervisor in the management of the state. Incumbent President Gasim-Jomart Tokayev was in fact acting under his patronage," Humbatov said.

"I would like to note that the reforms that have taken place in Kazakhstan over the past two years, especially the country's transition from the Cyrillic alphabet to the Latin alphabet, and the restriction of the Russian language seem to have given impetus to nationalisation in the country. Kazakhstan seems to have returned to its history, to its national roots. All these processes were of great concern to Russia.

In addition, Vyacheslav Nikonov, a member of the Russian parliament and even the first vice-speaker, said of Kazakhstan that "Kazakhstan is a gift from the USSR," as well as Russia's territorial claims to northern Kazakhstan and, finally, Russian President Putin's expression "there is no history of Kazakhstan", at the same time, the response from Nazarbayev shows that the process has started from the very beginning and Russia has played a majort role in the confrontation in the country," he added.