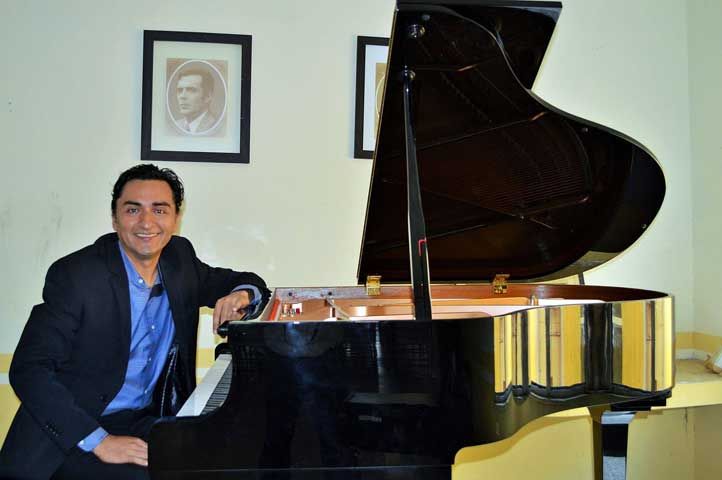 Mexican-Azerbaijani cultural relations is growing day by day. Mexican Embassy in Azerbaijan is the main organizer of the development of such relations. Today, the press conference dedicated to the concert of Mexican virtuoso, prominent pianist Jesus Lepe Rico. "This concert is an indication of the development of cultural relations between Azerbaijan and Mexico. We are organizing more 25 cultural events every year. It is held not only in Baku but other cities of Azerbaijan. This year, we decided to invite Jesus Lepe Rico," Mr Labardini said.

"My first concert was held in Azerbaijan, last year November. I played the pieces of Beethoven, Johan Sebastian Bach. I will play the musics of those composers and also Mexican composers," Jesus Lepe Rico said.

Mr Ambassador stated that it was not hard to invite the maestro, because he has such intention. The Mexican virtuoso also expressed his happiness for participating in the development of cultural relations between the two countries.

"I feel myself at home, the hospitality of people impresses me. I am familiar with Azerbaijani music also. My favorite Azerbaijani composer is Gara Garayev," Rico told.

While asking the questions of journalists, the maestro expressed that the love of spectators is the main reason make him come here again. "It is very beautiful to see the smile in the face of people here. I have language problem with ordinary people, but the warm attitude of them lift this barrier," Jesus Rico said.

"I knew about Azerbaijan at school. I know that it is a country along the Caspian Sea. But widely I got acquainted by my student. He was preparing to visit Azerbaijan. He was here two years before. It is a present for me to come here," Jesus Lepe concluded.

It is needed to note that the first concert will be held on September 2 at the International Mugham Center and music lovers of Gabala and Sumgayit will have an opportunity to listen to the Mexican pianist on September 6 and 11.