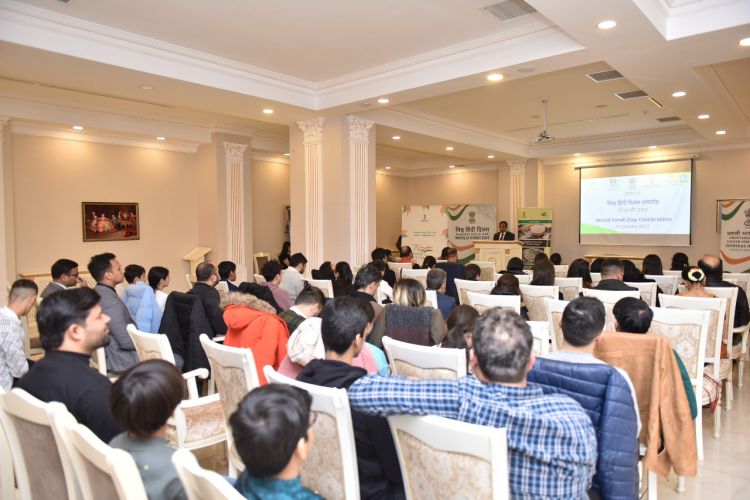 The Embassy of India, Baku celebrated the World Hindi Day on 10 January 2023 .

Ednews informs that the event, held in Baku, brought together the enthusiasts, learners and teachers of the Hindi language, representatives of Azerbaijani universities, local lovers of Indian history and culture, members of the Indian diaspora and Indian students in Azerbaijan, prominent Azerbaijani figures of culture and journalists.

On 10 January 2006, the Vishwa Hindi Diwas was celebrated for the first time. The Indian Ministry of External Affairs celebrates this day every year since then, by organizing events and activities to create awareness about the Hindi language and to promote it as a global language. Vishwa Hindi Diwas plays a significant role in reminding us that the Hindi language is one of the oldest languages across the world, and every Indian should feel proud to speak in their mother tongue.

During the event, the diplomat Vinay Kumar read out the message from the Prime Minister of India on Vishva Hindi Divas. He added that India has one of the most diverse cultures in the world. With its diversity in religion, traditions, and language, people tend to live in unity. Hindi is the most prominent language in India and the fourth most spoken language in the world. It has more than twenty-six million speakers.

The event saw speeches on Hindi and recitation of poems in Hindi by Indian and Azerbaijani children and adults, as well as performance of Hindi songs and dances to the accompaniment of Indian music. Afterwards, certificates were awarded by Mr. Kumar for dances, song performances, recitation of poems in Hindi, as well as to the winners of Hindi essay competition and drawing competition on the occasion of Clean India Campaign 2023.

The guests of the event also had an opportunity to view a small exhibition organized by the Embassy at the event venue’s foyer showcasing various millet items, including ready-to-eat and ready-to-cook products made from millets. They were also informed about the International Year of Millets 2023, declared by the UN on the proposal of the Government of India and were handed leaflets containing information on the benefits of various millets. 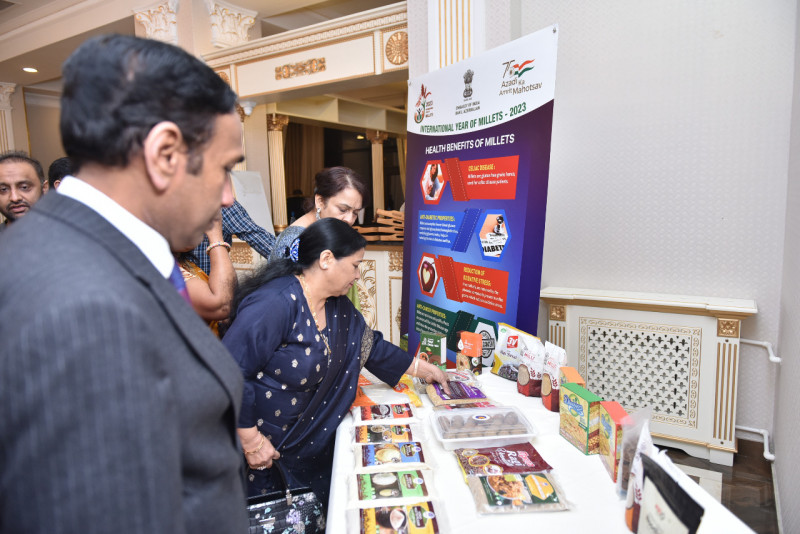 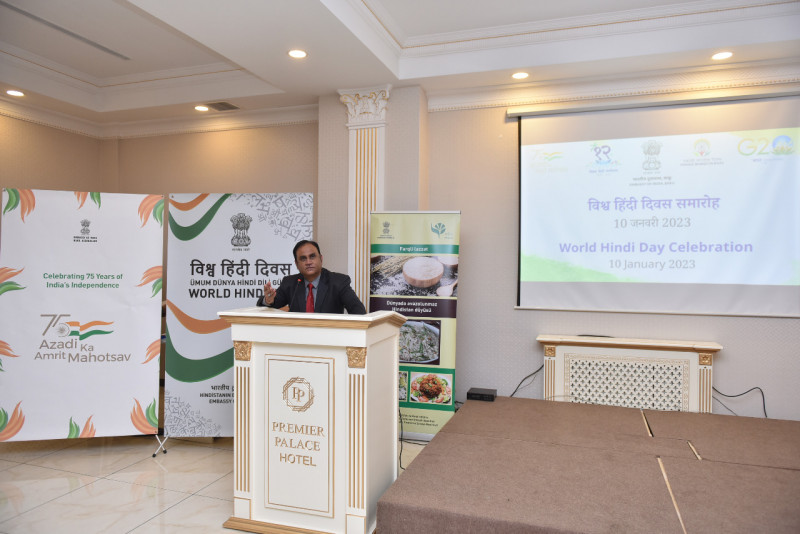 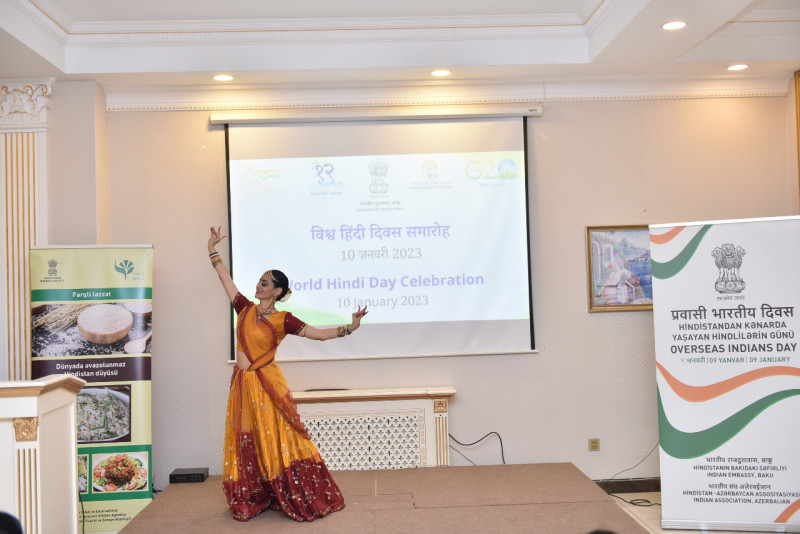 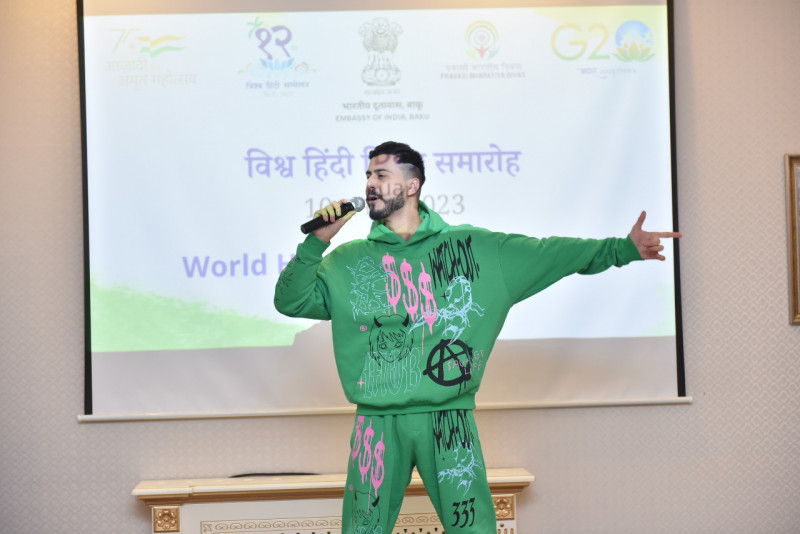 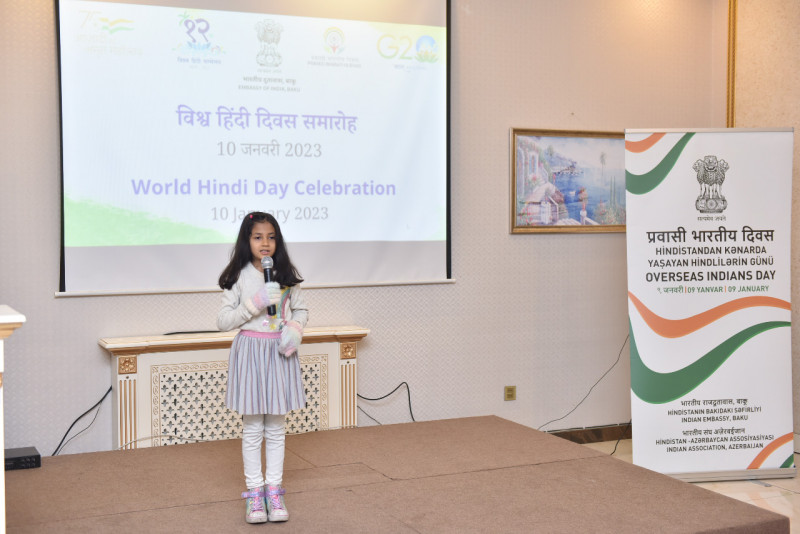 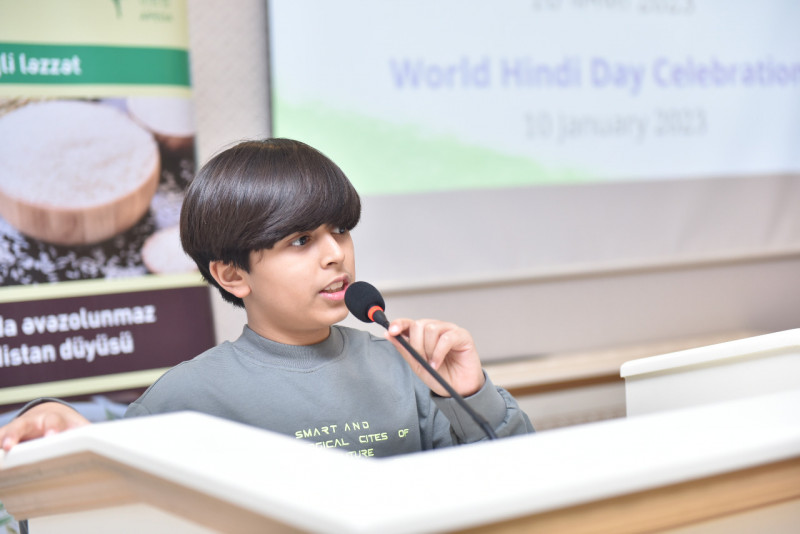 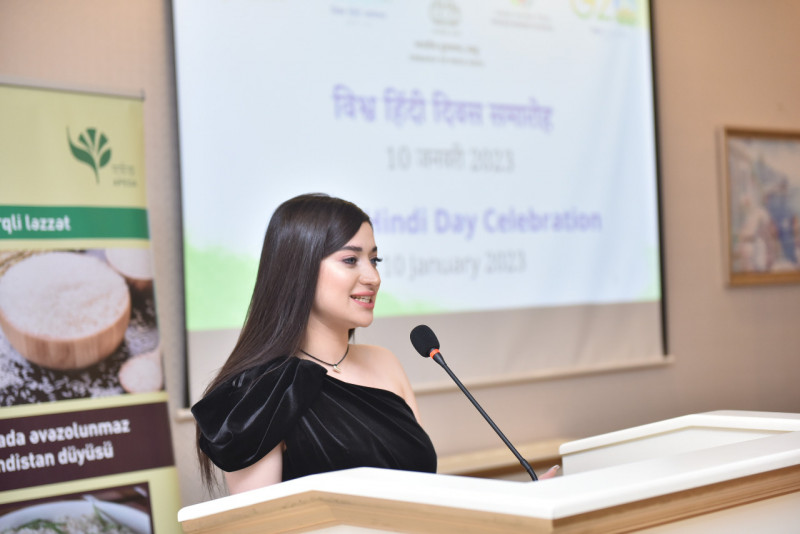 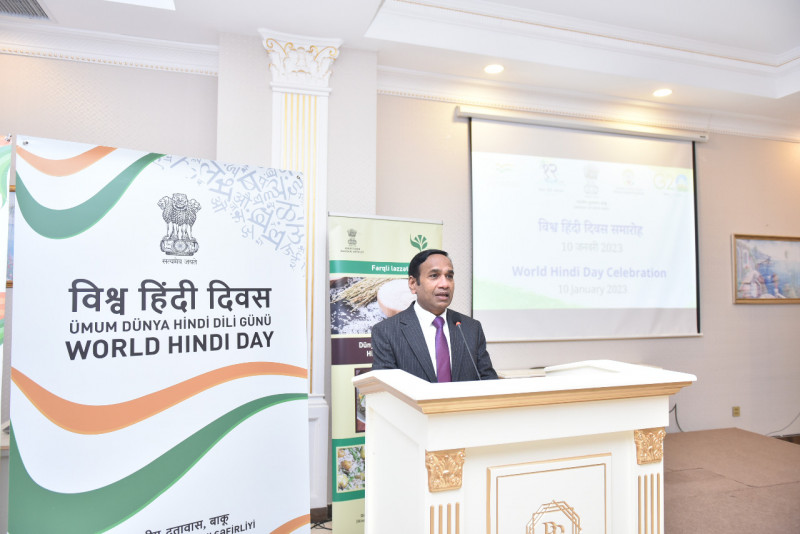 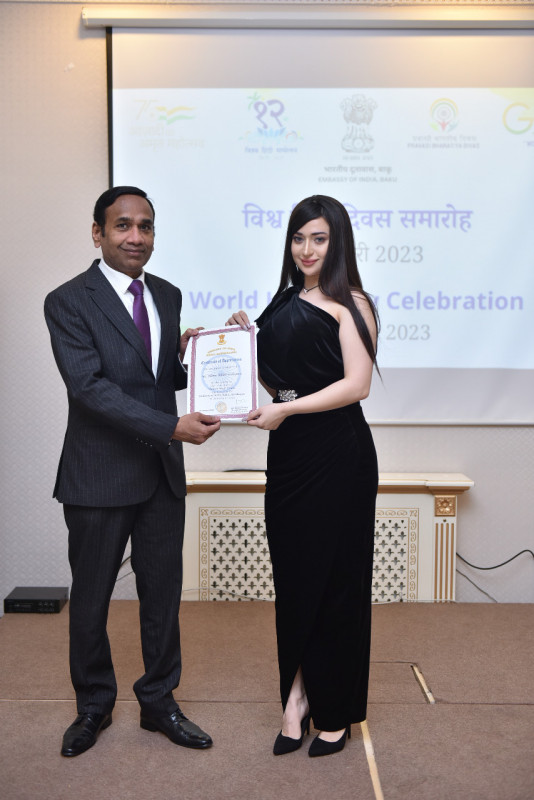