Russian T-14 Armata tank could be transformed into nuclear weapon - US
Read: 1011

What does withdrawal of US troops from Iraq mean? - American military expert explains
Read: 622

US, Russia finalize planning for space security exchange at end of July
Read: 556

China responds to US sanctions over Xinjiang
Read: 404 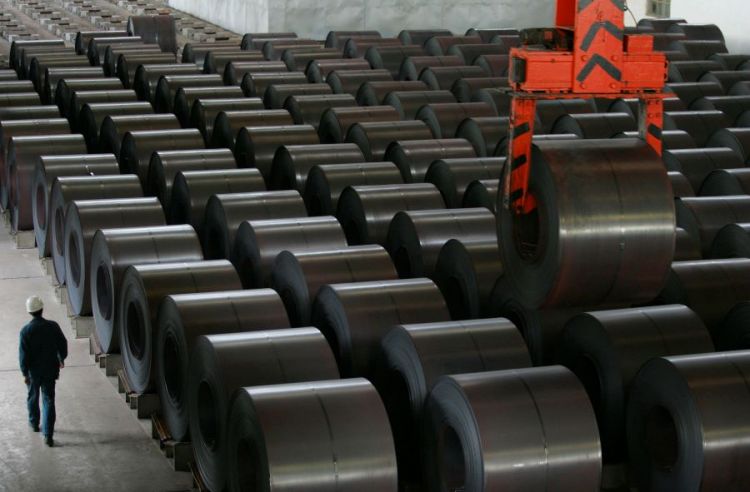 China’s economy flashed more warning signs in May as the United States ramped up trade pressure, with industrial output growth unexpectedly slowing to a more than 17-year low and investment cooling, underlining a need for more stimulus.

Despite a slew of support measures since last year, China’s economy is still struggling to get back on firmer footing, and investors fear a longer and costlier trade war between the world’s two largest economies could trigger a global recession.

Industrial output grew 5.0 percent in May from a year earlier, data from the National Bureau of Statistics showed on Friday, missing analysts’ expectations of 5.5% and well below April’s 5.4%.

The reading was the weakest since early 2002, and exports were a major drag, showing only marginal growth.

Vice Premier Liu He on Thursday stoked expectations of more stimulus as the U.S.-China trade dispute intensifies, urging regulators to do more to boost the economy and saying Beijing has plenty of policy tools it can use.

“Fiscal policy measures could step up and there should be more structural and targeted easing in monetary policy,” said Wang Jun, Beijing-based chief economist at Zhongyuan Bank.

“It’s necessary to cut reserve requirement ratios (RRRs) but we should be a bit cautious in cutting benchmark interest rates.”

“The slowdown in the real estate sector is concerning. We really need to keep an eye on its negative impact on growth,” economists at ANZ said in a note to clients, trimming its 2019 growth forecast for China to 6.2% and 6% for 2020.

ANZ expects the central bank to cut banks’ reserve requirement ratios (RRR) by another 100 basis points (bps) this year, and cut the 7-day reverse repo rate by 5 bps in the third quarter.

The People’s Bank of China (PBOC) has already cut RRR six times since early 2018 to free up more money for banks to lend. It has also injected large amounts of liquidity into the financial system and guided short-term interest rates lower.

However, despite the worsening trade outlook, China watchers appear divided over whether the central bank will cut benchmark interest rates, as it repeatedly did in past downturns.

Analysts believe policymakers are concerned that more aggressive easing could fuel debt risks and put more pressure on the yuan, which is weakening towards the psychologically important 7-per-dollar level, last seen during the global financial crisis.

Beijing has relied more on fiscal stimulus to weather the latest downturn, including hundreds of billions of dollars in infrastructure spending and tax cuts for companies.

Analysts say China is readying itself for a prolonged trade dispute, after both sides raised tariffs on each other’s goods last month and U.S. President Donald Trump threatened more.

But some investors are still holding out hope that Trump will meet Chinese counterpart Xi Jinping at a G20 summit later this month and at least agree to suspend further escalations, similar to a truce they reached at December’s G20 in Argentina.

The latest readings on China’s economy also showed fixed-asset investment growth decelerated to 5.6% in January-May from the same period a year earlier. Analysts had expected it to remain unchanged from 6.1 percent in the first four months of the year.

Private sector fixed-asset investment, which accounts for about 60 percent of total investment in China, also lost momentum. It rose 5.3%, compared with a 5.5% rise in the first four months of the year.

The PBOC has repeatedly urged state-controlled banks to keep lending to cash-strapped smaller, private firms at lower rates, even if they are facing short-term financial difficulty, but average rates for companies and home buyers edged back up in the first quarter.

While construction has picked up as Beijing ramps up spending on road, rail and port projects, some analysts have been puzzled by the slower-than-expected response.

On Monday, China announced steps to give local governments more financing flexibility on special bonds so they can increase infrastructure spending.

Property investment rose 9.5% in May on-year, the slowest pace so far this year.

Retail sales bucked the downbeat trend, rising 8.6% in May from a year earlier and picking up from a 7.2% rise in April, which was a 16-year low.

Analysts surveyed by Reuters had expected a rebound to 8.1%, but some said it was likely due to higher inflation rather than any turnaround in weak consumer confidence.

Earlier this week, China’s auto association reported the worst-ever monthly drop in sales in the world’s biggest vehicle market in May as the economy slowed and provinces implemented tougher emission standards.

In one piece of encouraging news, nationwide unemployment readings were steady from April at 5 percent, though analysts believe the actual jobless rate is likely much higher.