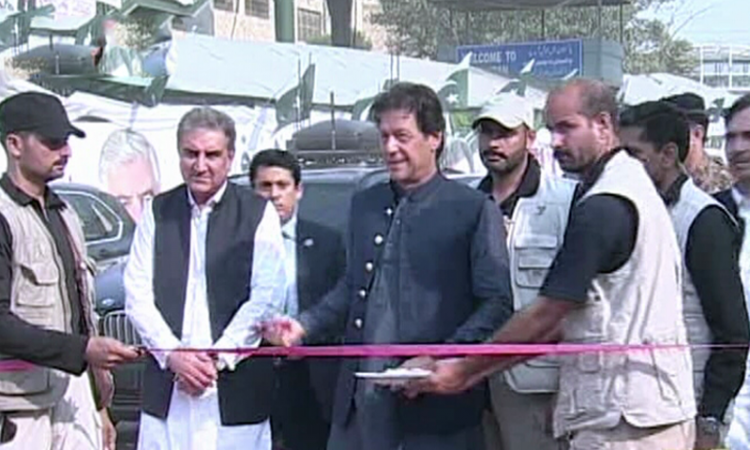 The Torkham Terminal will serve round the clock, seven days a week.

The project has been completed at a cost of Rs 16 billion, and it will increase trade between Pakistan and Afghanistan, which will further lead to an increase in trade with Central Asian Countries as well.

Talking to media on the occasion, the prime minister said that it is a historic day for promoting trade between Pakistan and Afghanistan.

The prime minister said that bilateral trade between the two Countries has already witnessed 50 percent increase as a result of the opening of this round the clock facility.

Imran Khan said that peace in Afghanistan will change the whole region as it will trigger greater trade activity up to the Central Asian States. He said that this will also generate immense job opportunities for our peoples.

On the stalled Afghan peace process, he said that Pakistan will make its utmost effort for the resumption of the peace process.  He said that it will be tragedy if the talks do not resume and the Taliban do not participate in the Afghan elections.

The prime minister said that he will insist for resumption of peace process during his meeting with the US President Donald Trump on Monday.

Imran Khan said that peace in Afghanistan is in the interest of Afghan people as well as Pakistan. He said that Pakistan has tried its best to improve relations with Afghanistan.