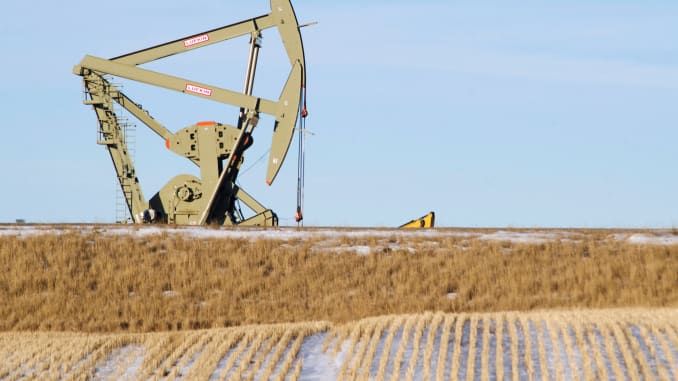 Oil dropped for a second day on indications U.S. crude stockpiles and shale output will continue expanding, while investors wait for news on a breakthrough to the prolonged trade war, Eurasia Diary reports citing BNN Bloomberg.
Futures declined as much as 0.5% in New York after falling 1.2% on Monday, the most since Nov. 6. American crude inventories probably rose by 1.5 million barrels last week, according to a Bloomberg survey before government data on Wednesday. Shale output at major fields are also expected to increase next month. Global markets are in a holding pattern, sensitive to any developments on trade after months of closely followed negotiations.
The ebb and flow of trade talks between Washington and Beijing have weighed on oil prices, which have fallen 14% since an April peak. While negotiators held “constructive discussions” over the weekend, CNBC reported Monday that China is pessimistic about a deal due to President Donald Trump’s reluctance to rollback tariffs.
The market is “still very vulnerable to headline risk around the trade dispute, whether positive or negative,” said Michael McCarthy, chief market strategist at CMC Markets in Sydney. Oil prices will remain under pressure while the market waits for an agreement on trade, he said.
West Texas Intermediate for December delivery fell 15 cents to $56.90 a barrel on the New York Mercantile Exchange as of 11:03 a.m. Singapore time. The contract slid 67 cents to close at $57.05 on Monday, dropping from the highest level in almost eight weeks. The front-month contract will expire Wednesday.
Brent for January settlement slipped 14 cents to $62.30 on the London-based ICE Futures Europe Exchange. The contract lost 86 cents to close at $62.44 on Monday. The global benchmark crude traded at a $5.31 premium to WTI for the same month.
See also: Commodity Shippers Are Struggling to Obtain 2020-Compliant Fuel
U.S. crude stockpiles are at the highest level in four months. If official government data confirms the forecast increase in inventories, it would be a fourth weekly advance. Output at major American shale field are expected to climb by 49,000 barrels a day to 9.13 million barrels a day in December, according to a drilling report from the Energy Information Administration.
Word that the White House would extend a license to allow U.S. companies to do business with Chinese firm Huawei Technologies Co. competed with reports suggested Beijing was skeptical about reaching a broad deal anytime soon. Economic expansion in Japan and China is floundering, while Germany barely dodged a recession, according to data released last week, as trade conflicts took a toll.