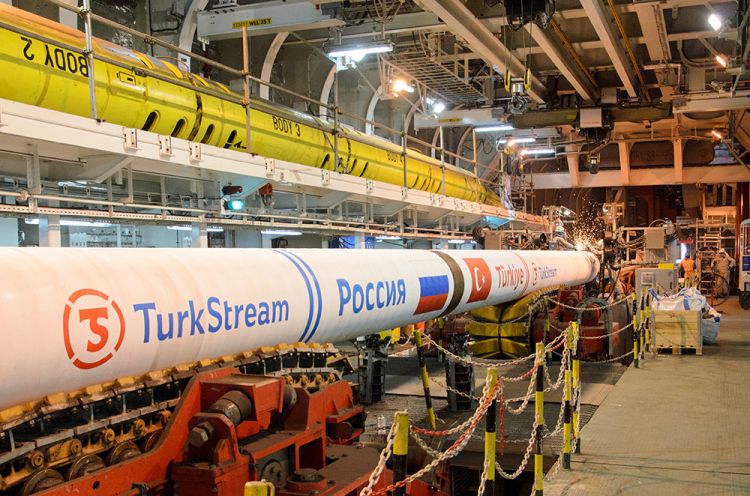 Russian President Vladimir Putin has accused Bulgaria of delaying the construction of its section of the TurkStream gas pipeline. He said that Russia could, however, find ways to bypass the country, if necessary, Eurasia Diary reports citing RT.
Despite Sofia repeatedly asking Moscow to implement the gas project “at any cost” after abandoning the South Stream route, Bulgaria is slowing down the construction of the new pipeline under external pressure, according to Putin.
“Well, let’s wait and see how this project is carried out in the future on Bulgarian territory. If the Bulgarians do not want it, I mean the Bulgarian leaders rather than the Bulgarian people, we will find other ways of delivering on our potential in the south of Europe,” the Russian president said at a joint news conference with Serbian President Aleksandar Vucic in Sochi on Wednesday.
The pipeline will go along the Black Sea from Russia to Turkey and further stretch to Turkey’s neighbors to deliver the blue fuel to European customers. The two strings of TurkStream, also called the Turkish Stream, will have a throughput capacity of 15.75 billion cubic meters each. The first deliveries of Russian gas via the pipeline are scheduled for the end of this year.
Serbia is looking forward to Russian gas supplies and has almost finished the construction of its part of the route. However, the country is not directly linked to the pipe and will have to wait until neighbor Bulgaria extends it to its border.
Bulgarian Prime Minister Boyko Borissov denied any delays were intentional as the country builds 5 kilometers (3.1 miles) of the pipeline per day on average. He explained that Sofia started the construction late due to mandatory procedures and hopes that the project will be operational by the end of next year.
The TurkStream project was created as an alternative to the South Stream route through Bulgaria. In 2014, Sofia suspended work on the South Stream project, citing lack of permission from the EU. This prompted Russia to cancel the project in 2014 and launch the Turkish Stream project instead.