The world has its first $2 trillion company | Eurasia Diary - ednews.net

The Su-57 fighter jet is not even ready to fly - Russian specialists say
Read: 669

The world has its first $2 trillion company 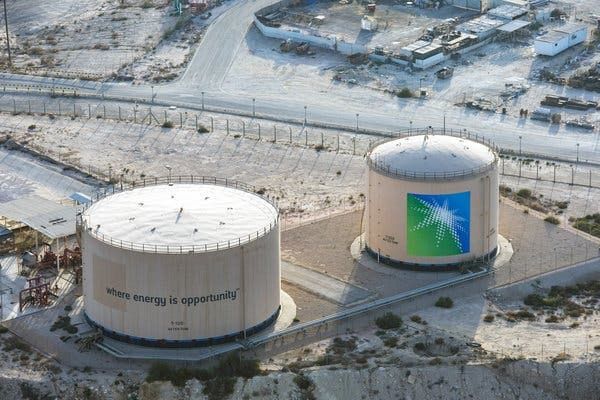 Saudi Aramco has gained roughly $300 billion in value since its shares debuted on the Riyadh stock exchange on Monday in the biggest initial public offering on record. It's by far the most valuable company in the world, dwarfing runner up Apple, which is worth around $1.2 trillion.

The vast majority of buyers for the stock are in Saudi Arabia. Samba Capital, which managed the IPO, said Tuesday that 97% of retail investors who received shares were from the country. And more than 75% of shares sold to institutional investors went to Saudi companies, funds and government institutions.

Staying ahead in a fast-changing environment is difficult for any industry, but this accountant discovered the perfect way to get ahead and stay there.

The $2 trillion valuation was a priority for the crown prince ever since he first touted the partial privatization in 2016, but many analysts considered the figure a stretch despite Aramco's monopoly on oil production in Saudi Arabia, the world's largest exporter of crude.

Analysts at Bernstein Research said Thursday that the $2 trillion valuation was "too much, too soon" given weak expected earnings growth and little upside for global oil prices. The company looks expensive, they said, compared to peers such as Exxon (XOM) and Royal Dutch Shell (RDSA).

"Aramco should trade at a discount rather than premium to international oil majors," the analysts said. More than 98% of the company is still owned by the kingdom, they noted, suggesting that investors should be concerned about corporate governance. Bernstein reckons the company is worth as little as $1.4 trillion.

"Aramco could trade in a league of its own for some time, but the stock market is a weighing machine in the long term and the laws of economic gravity will eventually apply," said the Bernstein analysts. They recommended that investors sell Aramco shares now.