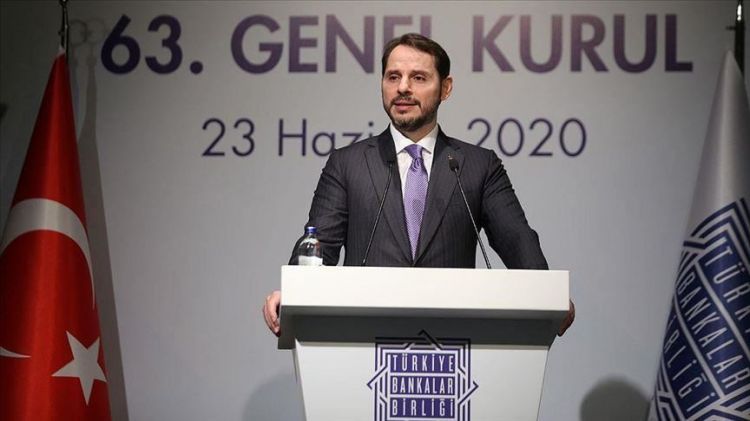 Turkey is anticipated to come out of the coronavirus-driven crisis with a V-shaped recovery, and will converge its potential growth, the country's treasury and finance minister said on Tuesday, EDNews.net reports citing Anadolu Agency.

Addressing the general assembly of the Banks Association of Turkey in Istanbul, Berat Albayrak said the government clearly observes the recovery in economic activity.

"Turkey's exports increased 24.6% in the first 21 days of June compared to the same period of last year," he said.

On the PMI figures in the European Union announced in the morning, he said this also reveals that the recovery in June continues strongly in Turkey's trading partners.

"These developments show that the recovery in exports has started," Albayrak stressed.

With the introduction of the deferred demand, improvement in expectations, and measures taken by stimulus packages, Turkey will get closer to its potential growth, he added.

A V-shaped recovery is characterized by a quick and sustained recovery with measures to regain economic performance after a sharp economic decline.

Albayrak also said employment package that the government is working on will continue to strongly reset the economic recovery process in the coming period.