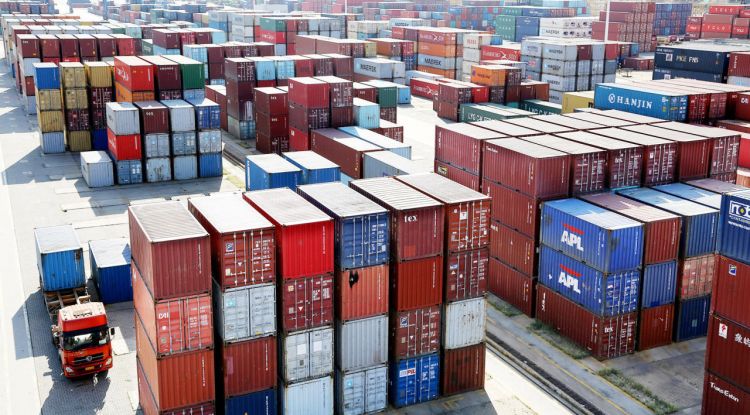 The volume of Azerbaijan’s foreign trade turnover amounted to $17.3 billion during January-July 2021, the State Statistics Committee has reported.

Overall, the country's foreign trade turnover resulted in a surplus of $4.7 billion.

Compared to the corresponding period in 2020, the country's foreign trade turnover increased by 26 percent in actual prices and decreased by 6.7 percent in real terms.

Moreover, legal entities and individual entrepreneurs in the country carried out trade operations with partners in 175 countries. Goods were exported to 111 countries and imported from 162 countries.

Furthermore, during the reported period, exports of non-oil and gas products increased by 30.8 percent in an actual term, and by 17.8 percent in real terms, compared to the same months of 2020, and amounted to $1.3 billion.

The top five countries importing Azerbaijani products were Italy with 38.2 percent of exports, Turkey with 13.5 percent, Spain with 4.5 percent, Croatia with 4.4 percent and Russia with 4.3 percent.

It should be noted that last year, the country's main trade partners were Italy, Turkey, Russia, Greece and Croatia. Azerbaijan's total trade turnover amounted to $24.4 billion in 2020.