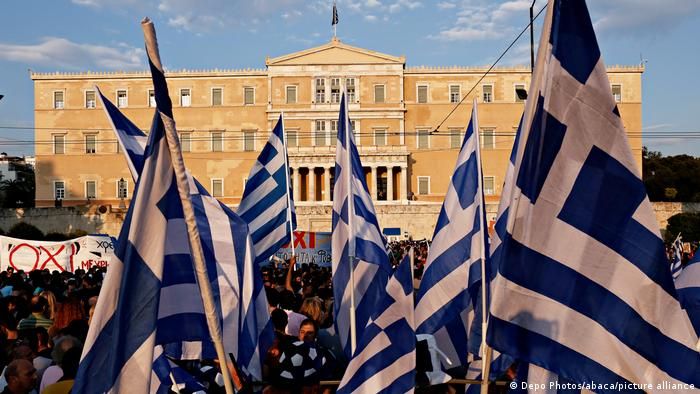 The European Commission announced on Wednesday that it is ceasing its surveillance of the Greek government's budget.

The move marks an end to Greece's debt crisis, which started in 2010 and at one point threatened to have Greece ejected from the eurozone.

End of a 'difficult chapter' for Greece

The Commission said that Greece had "delivered on the bulk of the policy commitments," allowing it to end "enhanced surveillance" of the country's budget on August 20.

"As a result of Greece's efforts, the resilience of the Greek economy has substantially improved and the risks of spill-over effects on the euro area economy have diminished significantly," the Commission said.

"Maintaining Greece under enhanced surveillance is no longer justified," it added.

The Commission report concluded that Greece has taken the steps necessary to achieve the commitments it had made to EU partners, in spite of "challenging circumstances triggered by the economic implications of new waves of the pandemic as well as of Russia's military aggression against Ukraine."

"With this development, along with the premature repayment of the International Monetary Fund loans and the lifting of capital restrictions, a difficult chapter for our nation ends after 12 years," said Greek Finance Minister Christos Staikouras

"Greece is returning to European normality and stops being an exception in the eurozone,'' Staikouras added.

What was the Greek debt crisis?

In 2010, Athens lost access to international bond markets after it admitted it had misreported financial data, and the country's debt rose to about 180% of GDP.

Greece was then granted billions of euros in three successive bailouts. The third bailout formally ended in 2018.

European creditors demanded that Athens implement austerity policies in exchange for the bailouts, including tax hikes and cuts to pensions, leading to a substantial rise in unemployment and poverty. The austerity policies, which had been heavily advocated by Germany, led to friction between Athens and Berlin.

In 2015, former Prime Minister Alexis Tsipras held a referendum on whether Greece should accept the terms imposed on it by creditors and stay within the eurozone. Although the "no" vote prevailed in the referendum, Tsipras' government proceeded to impose the terms.

Although Greece has returned to international bond markets, its credit rating remains below investment grade. The Greek government has said that it hopes to regain investment grade by next year.