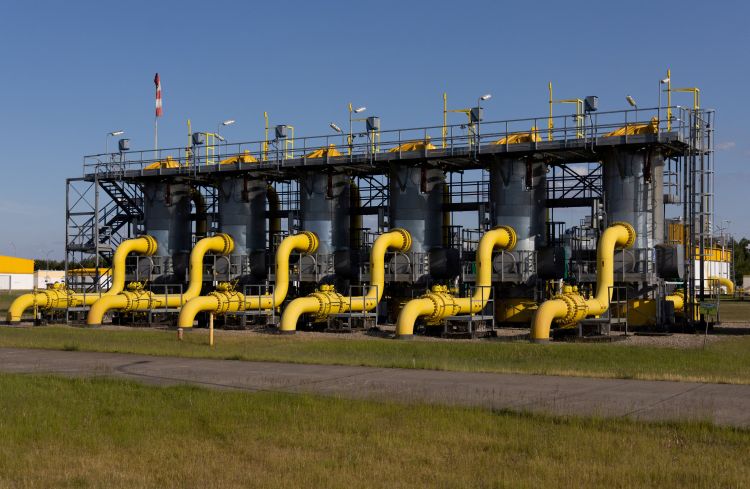 The European Union (EU) member states have agreed to cap natural gas prices in the bloc at 180 euros (191 U.S. dollars) per megawatt-hour (MWh) in an effort to ensure the security of energy supply, EU officials said here on Monday, News.az reports.

"We have managed to reach a very important agreement on the price ceiling for gas. Europe will thus have a package of measures to help it prepare for next winter and protect citizens and businesses from extreme price fluctuations," said Jozef Sikela, the Czech Republic's minister in charge of industry and trade who chairs the meetings of EU energy ministers.

"Ministers took another very bold step to respond to the energy crisis by reaching an agreement on the (European) Commission's proposal on a market correction mechanism," Kadri Simson, European commissioner for energy, commented.

The market correction mechanism will automatically be activated if the month-ahead price on the Dutch Title Transfer Facility (TTF), the main benchmark for wholesale gas prices in Europe, exceeds 180 euros per MWh for three working days, and if the month-ahead TTF price is 35 euros higher than a reference price for liquefied natural gas (LNG) on global markets for the same three working days.

A suspension mechanism is put in place to ensure that the EU remains attractive to gas suppliers, and that enough gas is supplied to the EU states.

"The market correction mechanism will be suspended, notably if gas demand increases by 15 percent in a month or 10 percent in two months, LNG imports decrease significantly, or traded volume on the TTF drops significantly compared to the same period a year ago," the EU Council said.

The price of energy spiked in 2022, first as a result of the COVID-19 pandemic and then of the ongoing Russia-Ukraine conflict.