Number of Covid patients in hospital in England at highest level since February - ednews.net

NHS England data shows that there were more than 11,000 people in hospital in England with Covid-19 on Thursday, up 61% from a week earlier. 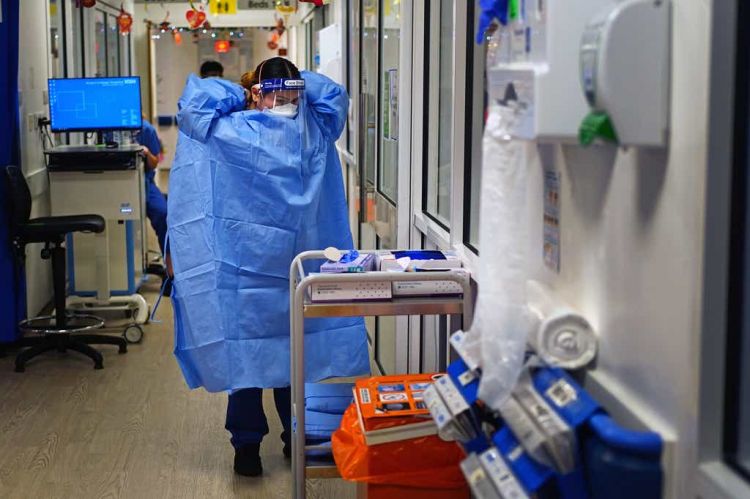 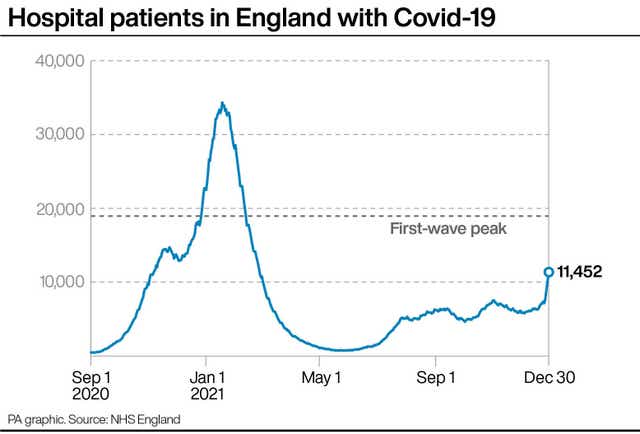 During the second wave of coronavirus the number of Covid patients in hospital peaked in both England and London on January 18, at 34,336 and 7,917 respectively.
The data, published on Thursday, also showed there were 2,082 Covid-19 hospital admissions in England on Tuesday.
This is up 90% week-on-week and is the highest number since February 3.
It is also more than half the peak of 4,134 coronavirus hospital admissions reported on January 12 during the second wave of coronavirus.
In London, 456 admissions were reported on December 28, up 49% week-on-week and the highest number since January 28.
Admissions during the second wave peaked in London at 977 on January 6.
The number of Covid-19 admissions includes people admitted to hospital in the previous 24 hours who were known to have Covid-19, plus patients diagnosed in hospital with Covid-19 in the previous 24 hours.
Separate data on hospital admissions suggests that 71% of Covid patients in hospitals in England on December 21 were primarily being treated for the virus.
The remaining 29% were there “with Covid”, suggesting they tested positive on arrival for another ailment or tested positive during their stay.