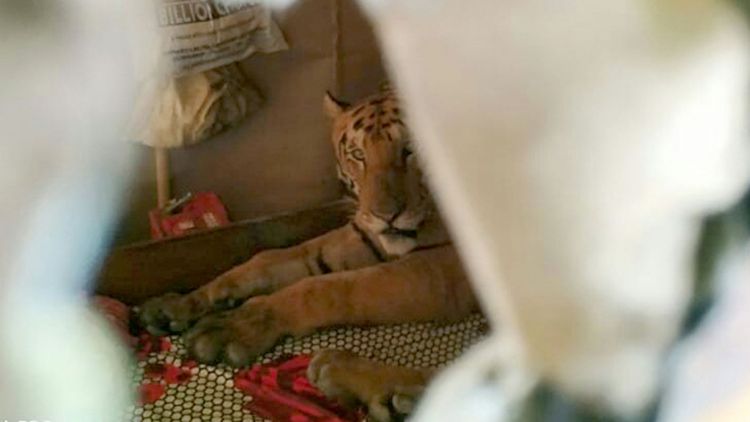 A tiger has been photographed taking a cat nap inside of a home in India.

The animal, spotted resting on a bed Thursday morning at a residence in the state of Assam, is believed to have ended up there after escaping the flood-ravaged Kaziranga National Park, the BBC reported.

"She was very exhausted and had a nice day-long nap," Rathin Barman, a local that led the operation to remove the animal, told the station. Officials from the Wildlife Trust of India, a nature conservation group, set off firecrackers in the afternoon to arouse the big cat from its slumber. The tiger eventually ran back into the forest and the homeowner was able to re-enter the property after fleeing hours earlier

"The great thing was that nobody disturbed her so she could rest,” Barman said. “There's a lot of respect for wildlife in this region.”

An elephant, rhinos, wild boars and hog deer are among the 92 animals that have died from recent flooding at Kaziranga National Park, which is also home to more than 100 tigers, the BBC reports.