'Information on use of Azerbaijan’s airspace by aircrafts, delivered air strikes on Iran, is lie' - Azerbaijani MoD
Read: 438

Pashinyan's Karabakh policy is a damage to Armenia - Grigory Trofimchuk 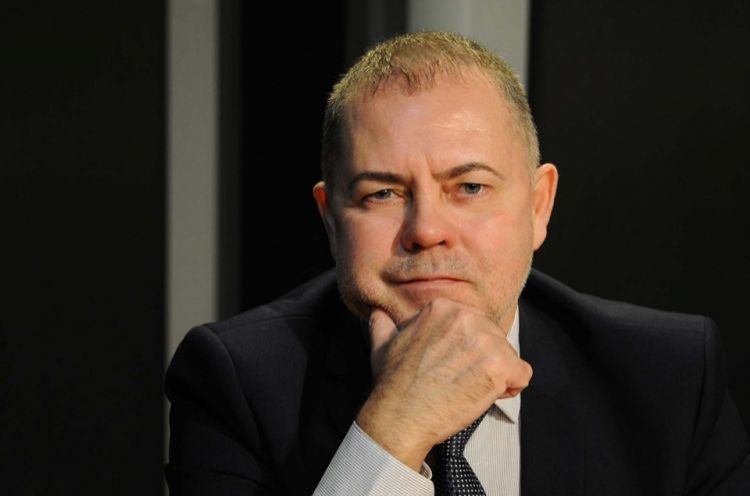 The escalation on the front with the agressor, Armenia grows. On June 12, Azerbaijani media showed a record of mortar shelling of Azerbaijani territory. A little earlier, Armenian Defence Minister Tonoyan publicly awarded the diversionist killed Azerbaijani soldier.On June 13, Minisry of Defence of the Republic of Azerbaijan showed a vidotape of a rocket attack on Azerbaijani military aircraft flying in the sky over its positions. Two Armenian rockets from the "OSA" air defense system self-destructed in the air, not hitting the target. That same evening, Armenians reported the death of an Armenian soldier in Karabakh.

What is expected in the relations of two states? Russian Political Scientist, Chairman of the Expert Council of the Foundation for Support of Scientific Research, Grigory Trofimchuk answered the question of Eurasia Diary. He considers that Azerbaijan has left non-military tools of pressure on the aggressor except for the indisputable step to "fight".

- From the events we have listed, you can see how the escalation in Karabakh reached to the use of OSA missiles. Do you consider what happened to be a step towards war, or was the launch of two missiles that did not reach the goal, was an Armenian warning?

- From the moment Nikol Pashinyan came to power, the Azerbaijani side was clearly provoked to war. Given that Baku itself is still ready for negotiations, and confirms this in practice. It could be seen both in the format of regular meetings at the level of foreign ministers and during the first official meeting of Ilham Aliyev with Nikol Pashinyan in Vienna. After all, Azerbaijan, theoretically, might not to do it, especially considering how Pashinyan came to power. It seems that the Prime Minister of Armenia himself, from the very beginning, chose Karabakh as the main direction of his activity, even damages internal socio-economic tasks. He put forward a number of practically unacceptable conditions for Azerbaijan, which destroy the long-term process and format of the international negotiation process. Only one formula “I don't change peace on the territory” is enough, which negates all peaceful efforts, since, for the sake of such an exchange, these negotiations were, in fact, proceeded. While not mentioning the demand which includes direct representation of delegations from Karabakh (Artsakh) in the discussion at the Armenian-Azerbaijani negotiation table and etc,

Thus, if we assesses realities soberly, we can come into conclusion that Azerbaijan hardly provoked for using force. At the same time, there is no guarantee that someone's behind Pashinyan make him to act in such manner.

In any case, observers see a clear course to undermine regional stability, which, in light of the increasing pressure of the West on Iran, provides a complete picture of what is happening. It is not clear what the OSCE Minsk Group observers are doing. Until now, since the spring summits of 2016 in Vienna and St. Petersburg, they have not given an answer to the question of who then started shooting first. And if they did not say anything intelligible in 2016, then we will not wait for anything intelligible from them even now. Therefore, the observers should be the first to be responsible for new victims on both sides. What is happening now on the contact line in Karabakh is the prologue to a new war, especially since Azerbaijan understands that during all three years, starting in April 2016, it has been deceived again and that no one is going to return it to Azerbaijan.

As for specific missile launches, now no one can figure out who strikes first, who strikes second. Both sides actively accuse each other, while international observers seem to have hid themselves from these endless retaliatory strikes under the round table. And since there is not official assessment, the situation will be worsened

Speaking about the "Armenian warning", it should be borne in mind that when there are warnings and threats in words, the real war has not yet begun. The war begins when the parties encrypt their actions. But so far there has been a war of words, backed up by light demonstration strikes that do not carry tens and hundreds of deaths.

- What are the legal bases of Armenia and Azerbaijan in the dispute over Karabakh?

- As a bystander, I usually answer this question simply and figuratively: it does not matter to whom Karabakh belonged 30 thousand years ago; it is important to whom it belongs now and what to do about it. Both Armenia and Azerbaijan cite their fundamental justifications for the historical affiliation of this territory, but all this evidence does not affect anyone except, respectively, the Armenians and Azerbaijanis themselves. Where are two lawyers - there is war. Where two historians - there is also war. We'll have to be aware of the main thing: if the entire Soviet Union collapsed, then inevitably all its constituent parts, all floors, are destroyed. The "skyscraper" falls all, completely, and it is hardly possible to assemble it in the reverse order, whether someone likes it or not. This is an objective reality. In the legal field, no one will prove anything to anyone. Therefore, if in such a situation someone wants to fight, soberly weighing all the forces and circumstances, then this is his business.

- What should official Baku do in this hard situation?

- Baku in this situation makes the maximum possible, still, as I have already said, demonstrating readiness for the political process and resolution of the conflict by peaceful means. Moreover, according to all international norms that no one has yet refuted or canceled, the Karabakh land should be returned to him. Now, if international observers concluded that Azerbaijan had lost its rights in Karabakh, not to mention the areas adjacent to it, then in this case, Azerbaijan would have been completely lost. But for now, world law is on the side of Baku. But in this particular situation, as of today, Azerbaijan could well use non-military tools, which are connected with the open violation of the basic principles of the negotiation process by Nikol Pashinyan.

All the "aces" are now in the hands of Baku. He can appeal anywhere and to anyone. But Baku does not use them, and I do not understand this strange tactic. After all, this grace period, for Azerbaijan, cannot last forever, it will again be forced to fight. Or, if you want, as they say now, “stupid” to fight.

- How do you evaluates the position of official Moscow?

- Moscow’s position is unchanged: resolving the conflict by peaceful, political means, diplomatic and negotiation means. By the way, we will not forget that it was thanks to Moscow and Russian President Vladimir Putin that the “April” war of 2016 was stopped. But three years have passed. And one of the main problems, it seems to me, is that instead of Serzh Sargsyan, in Yerevan, suddenly (I emphasize: suddenly) Nikol Pashinyan appeared, who has obvious tendencies to exacerbate all the processes in which he participates, and the CSTO example here is quite indicative. And also the focus on solving their own problems, including in the framework of the Karabakh process, is not always associated with the position of Moscow and Baku.