China expert: - Leadership in India and China are still committed to peacefully resolving the disputes - ednews.net 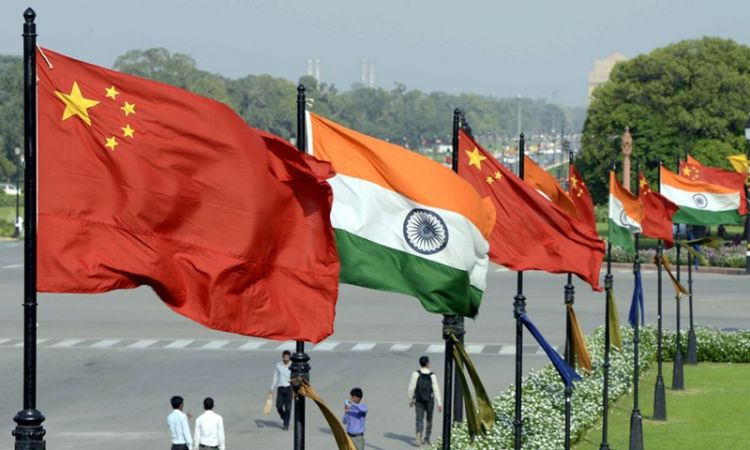 Sovereignty over two large areas ( Aksai Chin and Arunachal Pradesh) and other small separated spaces at the actual line of control between China and India has been disputed by the governments of both sides. Since a border war in 1962, Beijing and New Delhi have been in conflict over these disputed territories, with contradictory claims and occasional military clashes. Neither side would be able to move forward with agreements or make concessions in order to bring the conflict to an end.

On June 15, a bloody clash that took place in the disputed border between Chinese and Indian armed forces is one of most serious incidents in the four decades of conflict, which has again led to rising tensions between two giant Asian nations.

- The flareup of bloody clashes occurred in the disputed territory between Chinese and Indian armed forces at the actual line of control led to the loss of many soldiers on both sides. It has become a huge blow to the governments of India and China. Could current heightened tensions at the border bring about war between two nuclear-armed giant states?

- War is always a possibility in international relations but highly unlikely between China and India now.  What exactly happened in the Galwan Valley on June 15 that led to casualties on both sides is unclear, with contradictory claims and with each country blaming the other side for being provocative and intruding into its territory.  Nationalism is very high on both sides, particularly in India now, which runs the risk of raising tensions further.  However, the channels of communications are open between the two governments and the two militaries, and the leaderships on both sides seem cool-headed and are still committed to peacefully resolving the disputes.

- Conflict between China and India over the disputed territory has not yet been resolved for a long time. What are the main reasons?

In the 1950s India-China relations were very close.  This was the era of “Hindi Chini Bhai Bhai” (India and China are brothers).  A border war in 1962 cast a long shadow on the relationship, from which the two countries have not completely recovered.  The actual line of control (ALC) in the disputed areas is not clearly marked and not fully recognized by both sides.  Neither side is satisfied with the status quo.  Attempts to alter the status quo and intrusion into the other side of actual control have been major problems along the border in recent years.

On top of this, India and China are engaged in economic and strategic rivalry in South Asia and beyond.  Neither side can afford to appear weak.  In addition, third parties such as Pakistan’s close ties to China and the US attempts to include India in its new cold war with China have made the situation more complex and difficult to handle.

- How could Chinese and Indian authorities come together to find out ways for the solution of territorial conflict?

- The two countries should focus on what brings them together, not what sets them apart.  Rivalry between China and India is normal, especially in exercising influence in South Asia and winning hearts and minds of other developing nations such as in Africa.  A certain degree of rivalry is expected and healthy and will not necessarily lead to conflict or confrontation.  The challenge for Indian and Chinese governments is how to maximize their common interests in peace and prosperity while managing their long-standing differences and current rivalry wisely.

- In your opinion, could it be possible to involve a third party as the mediator in the settlement of conflict between China and India over disputed territories?

- It is a poor idea to get a third party involved.  In fact, Donald Trump offered to mediate between India and China recently but was turned down by both countries.

An intervention by a third party will not only complicate the situation but also damage both India’s and China’s international status as rising great powers.  If India and China cannot resolve their differences peacefully by themselves, other countries will challenge their ambitions and capabilities of playing a leadership role in regional and international affairs.

- China and India are members of some of the same international organizations, such as Russia-India-China Format, BRICS, Asian Development Bank and Shanghai Cooperation Organization. Please tell us how the two giant Asian countries share common interests, and what similar priorities they have in these organizations?

- China and India are two most populous and largest developing nations.  Their priorities are domestic development, particularly lifting people out of poverty.  They share many common interests such as promoting growth, maintaining stability, combating poverty, and dealing with climate change.  Both also desire to play a more active role in international affairs.  The last thing they want is conflict along their borders.  Their common interests obviously outweigh their differences.  Being members of the same international organizations help them to work together, to build mutual trust, and to address common global challenges as well as their domestic priorities of development.

- According to Sputnik News, the Indian Air Force (IAF) has decided to purchase 33 fighter jets from Russia under an emergency clause amid an ongoing border stand-off with China.  New Delhi has also been negotiating with Moscow to purchase of MiG-29 and Su-30MKI aircraft since last year. Such advanced weapons from Russia could be used in future armed clashes between India and China or Pakistan. Do you think that Moscow’s arms trade with India places reliable partnership with China in question?

- Military cooperation between India and Russia has a long history, so it is not particularly surprising for Russia to sell such weapons to India.  I don’t think Russia wants to see tensions rise between India and China or between India and Pakistan.  Russia is also a close friend of China.  However, Russia must be careful when it tries to keep military balance in South Asia and should convey clearly to all parties concerned that Russia opposes military adventurism.  Most importantly, Russia should not take sides in China-India disputes.