Apophis meteor will gently pass by Earth tonight - experts warn it could collide with our planet in future
Read: 6381

Political expert - Russia's any proposal to the West is hypothetical
Read: 786

Egypt understands that it is impossible to isolate Turkey in Eastern Mediterranean - Expert
Read: 309

Armenian community is a threat in Karabakh - Expert - EXCLUSIVE 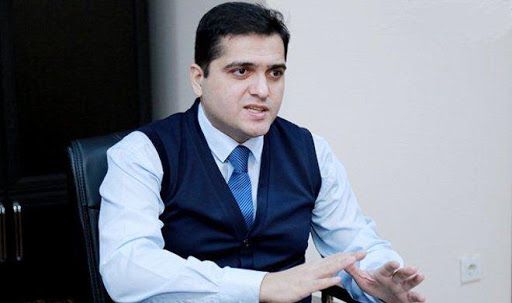 After thirty years of separation, the lands of Karabakh, which are being taken back by military means, are on the verge of a great victory. Karabakh is ours, but the future of these lands, which have been also home to the enemy for centuries, still raises many questions. This time our interviewer is Elkhan Shahinoglu, a political analyst and head of the Atlas Research Centre. In his exclusive interview with Eurasia Diary, the expert touched upon the issue of Karabakh's autonomy as well as bringing clarity to many interesting questions.

As you know, President Ilham Aliyev has repeatedly stressed in his speeches the issue of granting autonomy to Nagorno-Karabakh. In fact, everyone is seriously interested in the "meeting table", which will announce the final decision rather than the victory. Do you think Nagorno-Karabakh can be given cultural autonomy?
Yes, we remember very well that in his speeches, the head of state said that they were ready to give Nagorno-Karabakh the highest model of autonomy. But currently the conditions are completely different. Although the conditions have changed now, it has already changed in favour of Azerbaijan. There can be no question of cultural or any other autonomy. The reality is that Azerbaijan is already liberating its lands by military means, and in this case, the issue of autonomy has lost its relevance on the agenda, and it can not be demanded. It is not convincing to raise this issue again, as it is not in the interests of the Azerbaijani side.
Unequivocally, if the Azerbaijani side ever creates conditions for the resettlement of the former Armenian community in Karabakh or speaks of autonomy, then Armenia must also ensure the residence and autonomy of Western Azerbaijanis in the territory of Megri and Yerevan. Do you have any thoughts on this?
If we look at this issue from a simple point of view, of course, if we give autonomy to the Armenian community along with living in our territory, it must be reciprocal on the Armenian side. However, at present, it is neither realistic for the Armenian community to come and live in Karabakh, nor for the establishment of any autonomy in Armenia. This conflict has left such a large-scale loss for a long time that neither Armenia nor Azerbaijan is expected to approach such an issue in the near future.
Human is forgetful, but after seeing so much savagery and hostility, can Azerbaijan accept living together with the Armenian community in Karabakh again?
Living together is actually a very difficult issue, but it still depends on Armenia's good intentions. Even if they have to live, they can only live in Karabakh under Azerbaijani law and the flag. However, I do not think that there will be so many Armenians and after such heavy losses, they will live with Azerbaijanis under the above conditions. On the contrary, tensions in the border areas with Armenia will continue for some time.
After the overthrow of Pashinyan's government, there is a high probability that the Karabakh clan will come to power. In this case, they will do everything possible to ensure that the Armenian community can live in Karabakh again. Is it possible for Armenia to ensure the passage of Azerbaijan to Nakhchivan in return for a new corridor to Karabakh?
In general, it is impossible for Armenia to get a corridor to Karabakh again. I mentioned earlier that if there is an Armenian community coming from Armenia to live in Karabakh, their arrival will be provided through the Lachin corridor, as it was during the Soviet era. However, I do not think that there will be a large number of Armenians in Karabakh who will live under Azerbaijani law, or that the Karabakh clan will allow them to live in our territories in obedience to the laws of Azerbaijan.
In fact, the past hundred years have taught us a lesson that as the Armenian community grows in number, 30-40 years later, they again resort to separatist policies and begin to make territorial claims. In short, their proliferation is a threat to the future of our territorial integrity. Therefore, this conflict must be resolved in such a way that the roots that allow this type of separatism must be eliminated.
Even if Karabakh is liberated, Azerbaijan will share its border with a dangerous neighbour like Armenia, which does not recognise any rights and rules. Do you think this can pose a significant threat to the lives of our compatriots who will resettle in Karabakh, especially in the border areas?
From the general point of view, after the defeat of the Armenian side, we will make them acknowledge that they have neither an army nor any presence in Karabakh. At the same time, in order to ensure that there is no tension along the border, an agreement should be signed between the two countries with the involvement of international organisations and major powers, and thus prevent possible provocations. However, this may be ignored by Armenia, and any provocation on the border can be expected in the future. I just do not think that Armenia can commit a serious provocation after so many military and civilian casualties. However, the Azerbaijani side will immediately silence them as a result of the counterattack.