'We will hit them in the head' - Iranian commander warned US - ednews.net

What is happening in Ukraine? - A sharp answer to Putin who threatens to use nuclear weapons
Read: 204

'We will hit them in the head' - Iranian commander warned US 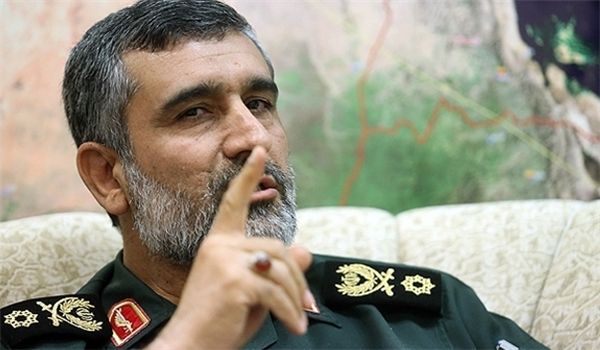 A U.S. Navy fleet sent to the Persian Gulf to ward off a potential threat to American commercial interests represents a target instead of a serious threat, a senior Iranian Revolutionary Guards commander said Sunday.

Amirali Hajizadeh, the head of the IRG’s aerospace division warned the US for deploying troops in Middle East: “If [the Americans] make a move, we will hit them in the head.”

The Pentagon on Friday announced plans to send the USS Arlington and the Patriot missile battery to the Middle East in an effort to deter actions from Iran. The maneuver came after national security adviser John Bolton said the U.S. was sending the USS Abraham Lincoln Carrier Strike Group and a bomber task force to the U.S. Central Command region, which includes the Middle East.

“An aircraft carrier that has at least 40 to 50 planes on it and 6,000 forces gathered within it was a serious threat for us in the past but now it is a target and the threats have switched to opportunities,” said Amirali Hajizadeh, the head of the IRG’s aerospace division, according to Iranian media.