Pedro Sanchez was unsuccessful in getting parliamentary approval on Tuesday. He has another two days to build an agreement with the far-left Podemos party to secure his government's confirmation. 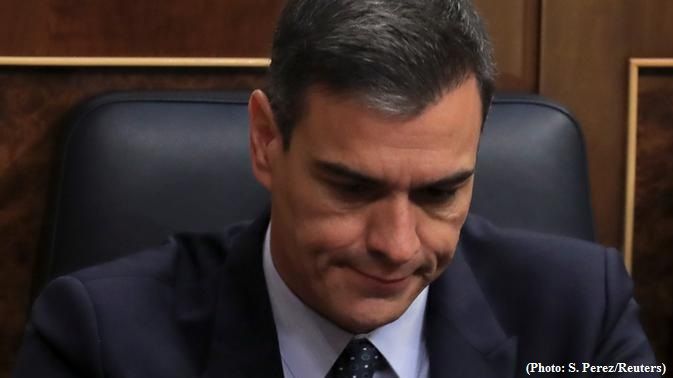 Spanish Prime Minister on Tuesday lost in his first attempt to get parliamentary approval to lead a new government.

The leader of the socialist PSOE needed an absolute majority in the first-round vote to be confirmed as Prime Minister.

He will get another chance to get the necessary support in a second-round vote on Thursday. Unlike the first round, Sanchez will only require more "yes" than "no" votes for his government to be confirmed.

Sanchez hopes to achieve power with the support of the far-left Podemos party. But his refusal to offer Podemos leader Pablo Iglesias a senior post in the new government led to a breakdown in talks between Podemos and and PSOE ahead of Tuesday's vote.

Iglesias said after the vote that he was still open to negotiating a deal.

PSOE won the April elections but missed out on an overall majority.

Sanchez first became prime minister after tabling a successful vote of no confidence against conservative Mariano Rajoy in June 2018.