'Russia shouldn’t be allowed back in the G7' - Condoleezza Rice | Eurasia Diary - ednews.net

'Russia shouldn’t be allowed back in the G7' - Condoleezza Rice 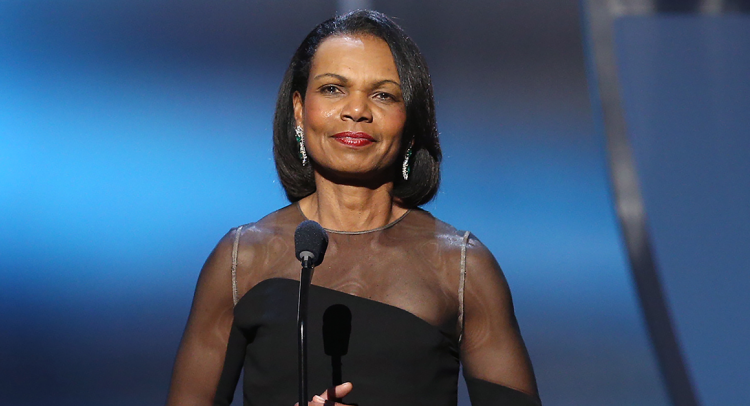 On Monday’s broadcast of CBS’ “The Late Show,” former Secretary of State Condoleezza Rice stated that Russia shouldn’t be allowed back into the G7 and never should have been part of the group in the first place, BreitBart reports.

Host Stephen Colbert asked, “Do you agree with the president that Putin should be allowed back into the G7 and make it a G8?”

Rice responded, “No, I don’t, but I don’t think they ever should have been in the G7. It was supposed to be the world’s largest economies, and when’s the last time you bought anything made in Moscow that wasn’t made of petroleum? And don’t say vodka, you would have bought that from France these days.”