Moscow warns EU against succumbing to US push for breaking JCPOA ahead of Vienna meeting | Eurasia Diary - ednews.net 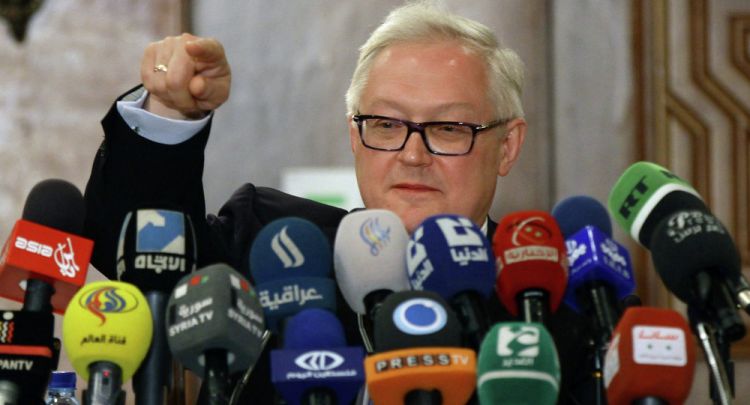 Russian Deputy Foreign Minister Sergey Ryabkov has urged European signatories to the Iran nuclear deal not to give in to the US push for breaking the accord, warning them about dire consequences of this step, a day before the Joint Commission of the Joint Comprehensive Plan of Action (JCPOA) is set to convene in Vienna, Eurasia Diary reports citing Sputnik News.

According to the diplomat, the US seeks to destroy the agreement. He noted that the remaining signatories might find themselves in a situation where the US would finally "impose their political will on everyone."

"From all points of view, this would be the worst-case scenario, first of all, in terms of consequences for the non-proliferation regime, but also in terms of infringement on countries’ sovereign rights. Iran, in this case, is a very clear example of how the change in the political situation in Washington can affect the state of affairs of entire countries," Ryabkov told reporters on Thursday.

He noted that "it is strange and, to a large extent, wrong" that the US allies "do not understand the seriousness of this whole situation."

The Joint Commission of the JCPOA brings together China, France, Germany, Russia, the United Kingdom and Iran, —  the countries that have remained committed to the deal in the wake of the unilateral US withdrawal.

The meeting comes after Tehran embarked on the fourth stage of curtailing its nuclear commitments in November as part of efforts to press the European signatories to ensure Iran’s interests amid Washington’s reinstated sanctions and "maximum pressure" campaign.