US and EU have no desire to lend a helping hand to Italy, however China and Russia give life support to Italians - -American Expert
Read: 6783 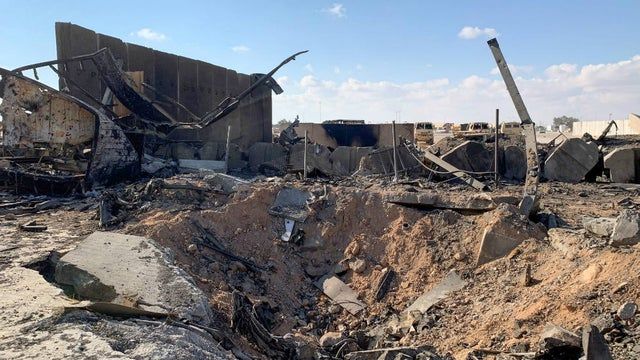 The State Department on Wednesday announced it is slapping new sanctions on Iran as renewed rocket attacks have been launched at U.S. forces in Iraq by what are believed to be Tehran-backed militias, EDNews reports citing the Hill News.

Secretary of State Mike Pompeo said in a statement that the sanctions will target nine entities and three individuals “who have engaged in activity that could enable the Iranian regime’s violent behavior.”

“The actions of these individuals and entities provide revenue to the regime that it may use to fund terror and other destabilizing activities, such as the recent rocket attacks on Iraqi and Coalition forces located at Camp Taji in Iraq,” he said.

The penalties come as Iran clamors for sanction relief amid the coronavirus, arguing the levies impede its efforts to contain the outbreak in the country. Over 1,100 have been killed in Iran, while 17,361 are infected.

The sanctions coincide with renewed clashes between international forces and Iranian-backed militias in Iraq.

The Pentagon announced Sunday that two U.S. service members were killed in a Katyusha rocket attack on Camp Taji base, north of Baghdad, which hosts coalition forces engaged in the fight against ISIS. The Defense Department also announced that it had carried out strikes against the Iran-backed militia Kataeb Hezbollah in retaliation for a rocket attack on March 11 that killed two U.S. service members and a British medic.

Militants have since fired several rockets toward Baghdad’s fortified Green Zone and a training base near the capital city that hosts U.S.-led coalition troops and NATO trainers, among other sites.