Greece can turn this period into opportunity - Turkish FM 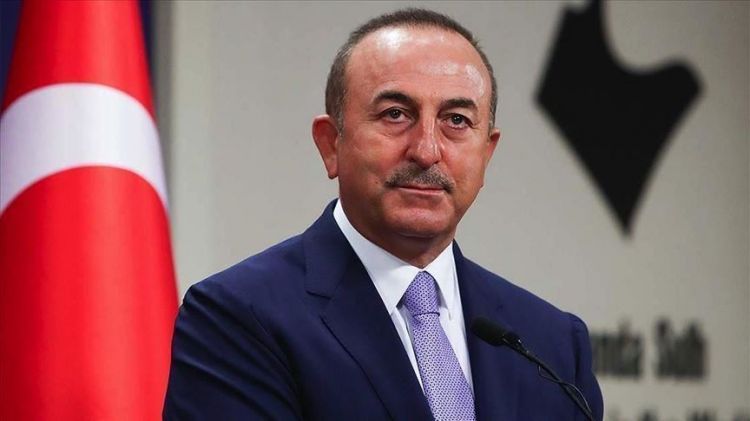 Turkey’s foreign minister said Wednesday that more moderate messages have started to come from Greece on the issue of the Eastern Mediterranean, but it has not abandoned its maximalist policies, Anadolu Agency reports

Speaking in a live interview on CNN Turk, Mevlut Cavusoglu said: "The messages coming from the Greek prime minister in the past two to three days have been more moderate. More moderate messag s have started to come in recent days. Greece started to give a more positive message, taking the opportunity of the return of the [Turkish seismic exploration vessel] Oruc Reis to Antalya Port to replenish supplies and for maintenance."

"On the other hand, saying ’we want more of this,’ they maintain their maximalist attitude," he added. Noting that the exploratory talks that started after the 1996 Kardak crisis are a mechanism established to decide how to resolve problems that cannot be solved with agreements, Cavusoglu underlined that not only one issue but all issues should be discussed in one package.

Cavusoglu emphasized that the Oruc Reis returned to the port due to routine and periodic maintenance and that this does not mean that it is a concession.

"As our President [Recep Tayyip Erdogan] told [German Chancellor Angela] Merkel today, we have given diplomacy an opportunity in the past, but Greece declined it," he said.

"Instead of expecting more from us, Greece can turn this period into an opportunity by taking positive steps. We say that Greece should not miss this opportunity, which it did by signing an agreement with Egypt before," he added.

Touching on the Seville map, which is used by Greece to isolate Turkey by trying to confine it to its Mediterranean coast, Cavusoglu said "primarily, Greece should announce that it does not accept this map. As long as this map remains, it is impossible to solve problems."

The map, prepared by Professor Juan Luis Suarez de Vivero of the University of Seville in southern Spain, suggests that the boundaries that Greece claims in the Aegean and Mediterranean seas as its continental shelf and the Exclusive Economic Zone (EEZ) declared by the Greek Cypriots in 2004 indicate the official borders of the European Union.

This map claims that the Greek continental shelf starts from the island of Meis and goes south to the middle of the Mediterranean Sea, which gives Turkey no territory outside of the Gulf of Antalya in southern Turkey.

Cavusoglu went on to say that Germany’s stance on the Eastern Mediterranean issue is more objective and constructive, adding that "France wants to sell weapons by increasing tensions."

He said Greece has been arming the islands with a non-military status in the Aegean Sea since 1960 and underlined that Greece accepted the armament of islands which it had always denied before 1974.