India to launch mission to land on Moon 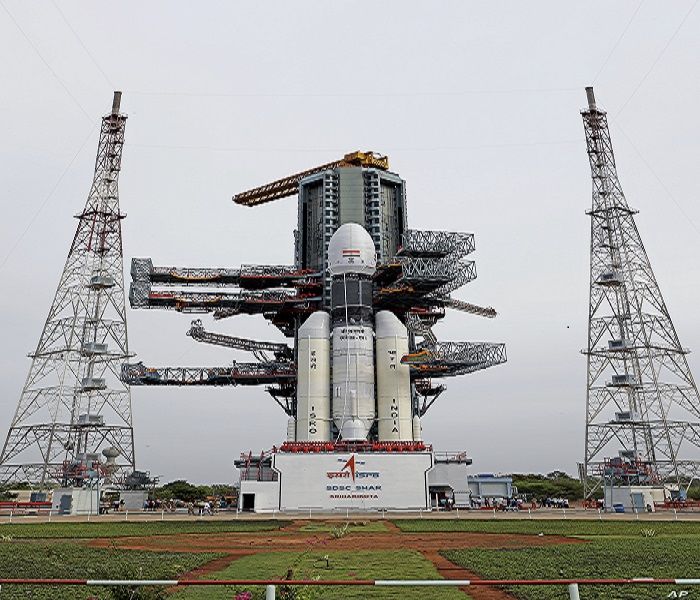 In the early hours of Monday, India is set to launch a mission to an uncharted area of the moon, marking a significant milestone in its steadily expanding ambitions in space, according to VOA.

If successful, India would become the fourth country to land a probe on the moon after the United States, Russia and China and secure its place as a leading space-faring nation.

India’s most powerful rocket launcher is scheduled to carry the Chandrayaan-2, which means “moon vehicle” in Sanskrit, from Sriharikota in eastern India. It will have a lunar orbiter, lander and rover.

The real test of the mission will come about 50 days later, around Sept. 6, when the lander will attempt a controlled landing on the lunar surface at the South Pole of the moon, which no country has attempted so far.

“The challenge is to demonstrate our capacity to undertake such a complex mission for the soft and precise moon landing on the South Polar region for the first time,” according to P. Kunhikrishnan, director, UR Rao satellite center at the Indian Space Research Organization.

Space scientists say that the moon’s South Pole is interesting because it holds the promise of water.

The lunar rover will operate for 14 days, mapping the moon’s surface and through experiments look for signs of water and assess its topography and geology.

“From a technological perspective it is very relevant because it will be a leapfrog as far as India’s technology level is concerned,” says Ajay Lele at the Indian Institute for Defense Studies and Analyses in New Delhi, pointing out that the orbiter, lander and rover have been indigenously designed. “You want your robotic equipment to function on the surface of the moon.”

The Chandrayaan-2 was originally planned as a collaboration with Russia’s space agency, but Indian scientists went it alone after the tie-up was shelved.

Monday’s mission is being launched a decade after India’s first in 2008 placed an unmanned spacecraft in an orbit around the moon. That mission helped confirm the presence of water on the lunar surface.

The Chandrayaan-2 mission comes amid a resurgence of interest in the exploration of the moon both in the United States and in Asia and is seen as a signal that India does not want to be left behind in a growing space race. China made a soft landing on the moon in early January and has announced plans for more missions.

“India has a much smaller space program and has limited capacities when you compare it to the U.S. and so on,” said Rajeswari Pillai Rajagopalan, head of the Nuclear and Space Policy Initiative at the Observer Research Foundation in New Delhi. “So the kind of things India is trying to do if it becomes successful one with the Chandrayaan 2 mission, that will be a significant achievement for India.”

India, which prides itself on its low cost space missions, is spending around $141 million on the mission. Although the country was a relative latecomer to the space race, it has developed a reputation for conducting its space explorations at a fraction of the cost spent by countries like the United States.

Among other goalposts India has set in the coming years is to put a space station in orbit, an astronaut in space by 2022, a robotic mission to Mars and a mission to explore the sun.