Peace, prosperity and stability in Azerbaijan is significant for the true realization of international projects and UN 2030 Agenda - Qaiser Nawab
Read: 976 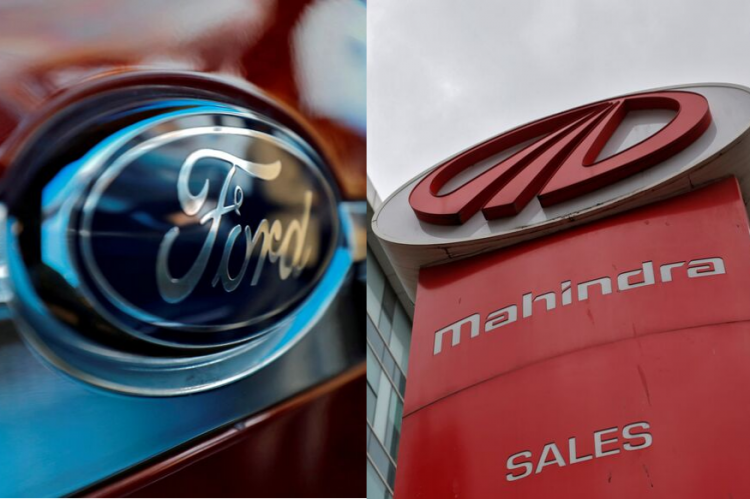 Mahindra & Mahindra, the Indian multinational automaker, plans to have SsangYong Motor, in which it has a major stake, join a three-way alliance with Ford Motor, its joint venture partner, in developing products ― including electric vehicles ― platform sharing and global marketing, a senior Mahindra official says.
"SsangYong products are very much similar to products Mahindra and Ford are developing," Pawan Goenka, Mahindra's managing director and chairman of the SsangYong board, said in an exclusive interview Thursday at his office in Seoul. "SsangYong can also participate in product development, which will help reduce costs substantially ― cost sharing among three parties rather than two.
"Ford is very well aware of our SsangYong ownership and the SsangYong management is keen to join it. Mahindra and Ford are discussing Mahindra converting Ford vehicles into electric vehicles, which will be made jointly by Mahindra and Ford, potentially used by SsangYong."
SsangYong has been losing money for 12h consecutive quarters with the operating loss of the latest July-September quarter jumping more two-fold to $89 million. Sluggish sales and competition are among key reasons for the situation.
Goenka denied reports that SsangYong was so short of money that it had to delay product development.
"We have many new products being developed right now," he said. "We have said in the past that we will have a new major product or major upgrade every year. It is happening right now. Today we had a full review of product development."
Goenka said he had a turnaround plan.
"We are looking at how we will increase our sales outside Korea and how we will launch new products faster at a lower cost," he said. "The joint venture we have with Ford can potentially become very helpful for SsangYong when we look at joint product development and reducing costs and increasing our network access outside Korea.
Asked whether the company had a plan to inject equity anytime soon, Goenka said, "Mahindra will support SsangYong when needed. "Mahindra as majority shareholder will ensure SsangYong will be able to invest where it should invest."
However, he said that it was not clear whether any additional investment was needed.
"We will determine what is required or whether the additional investment will come from the major shareholder or borrowing from outside," he said.
He said that he wanted to set one record straight about his boss, Chairman Mahindra's comment regarding about his commitment to invest 1 trillion won.
"That statement is often misunderstood," he said. "When we said that "we" would make an investment, we mean SsangYong will invest 1 trillion won in product development. Whether the 1 trillion won comes from Mahindra, borrowings or internal generation is not specified. So the 1 trillion won is not what Mahindra promised to invest in SsangYong. It is what SsangYong promised to invest in new product development.
"Where Mahindra needs to support, we will support. We have so far invested 130 billion. We will keep looking into the future to see what other requirements are.
He said Mahindra was not ready to hold current CEO Yea Byung-tae responsible for the current woes.
"He has been in the post for six months," Goenka said, pointing out that the two previous CEOs each served four years since the Mahindra takeover. He said that considering various factors contributing to the situation, he would not guarantee any better performance even if he were in charge.
"As chairman, I give the current CEO my vote of confidence," he said.
Regarding the recent union-management agreement highlighted by no industrial action and welfare cut, he said it would not be right for him to say whether it was good or not.
"It is up to CEO and management to decide what is the right thing to do," he said.
Nor would he say whether the company would accept the union's demand for job security.
"It is an internal operation matter," he said.
But he indirectly said that the workforce was at an appropriate level.
"The current workforce is designed to produce 140,000 to 150,000 cars a year," he said. "It produced 143,000. We had overtime for many months last year. Earlier this year, we hired 107 people. If we didn't have work, we wouldn't have hired them."
He said that his target was 154,000 cars annually to get close to breakeven point.
He also said SsangYong would stick to its schedule to introduce an EV model in the first quarter of 2021.
"We can't hasten it because we have started with that time line and the timeline is intact," he said. "There are a lot of people and work involved in various companies. Everything should come together."
Goenka said he would be retiring next year as stipulated in company regulations. Mahindra would take a non-executive chairmanship as Indian regulations required.