Rare event - Mercury will pass between the Earth and Sun this Monday | Eurasia Diary - ednews.net 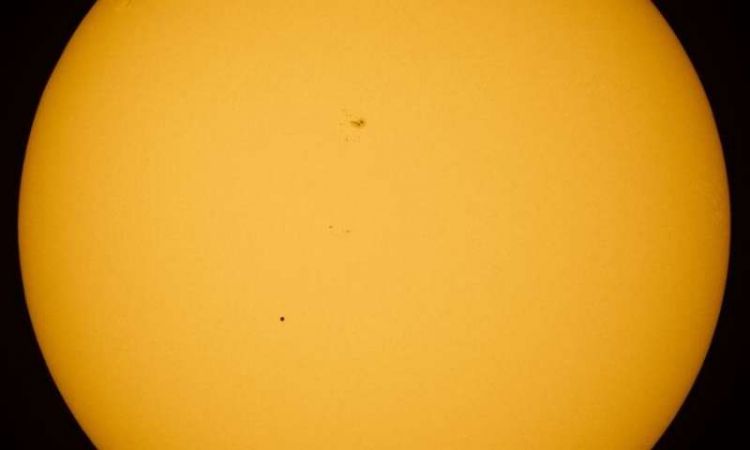 The Mercury transits are rare events because it only happens about 13 times a century. The event occurs when the nearest planet to the sun comes in between Earth and the Sun. During a transit, Mercury appears as a tiny black dot moving across the disk of the sun.

Mitzi Adams, a solar scientist in the Heliophysics and Planetary Science Branch at NASA’s Marshall Space Flight Center in Huntsville, Alabama said, “Viewing transits and eclipses provide opportunities to engage the public, to encourage one and all to experience the wonders of the universe and to appreciate how precisely science and mathematics can predict celestial events. Of course, safely viewing the sun is one of my favorite things to do.”

The transit will be visible for a large part of the globe, including most of North America, South America, Europe, and Africa. But don’t worry if you won’t be able to witness the event, NASA’s Solar Dynamics Orbiter will be posting images from the transit.