NASA's Webb to Unveil the Secrets of Nearby Dwarf Galaxies | Eurasia Diary - ednews.net

Moscow explained why Turkey should not joke with Russia about Syria
Read: 631

NASA's Webb to Unveil the Secrets of Nearby Dwarf Galaxies 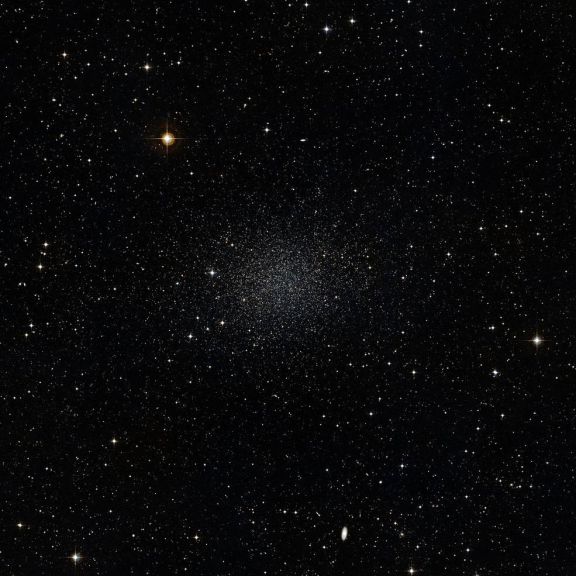 In two separate studies using NASA’s upcoming James Webb Space Telescope, a team of astronomers will observe dwarf galaxy companions to the Milky Way and the nearby Andromeda galaxy. Studying these small companions will help scientists learn about galaxy formation and the properties of dark matter, a mysterious substance thought to account for approximately 85% of the matter in the universe, Eurasia Diary reports citing asd news.
In the first study, the team will gain knowledge of dark matter by measuring the motions of stars in two dwarf companions to the Milky Way.  In the second study, they will examine the motions of four dwarf galaxies around our nearest large galactic neighbor, the Andromeda galaxy. This will help determine if some of Andromeda’s satellite galaxies orbit inside a flat plane, like the planets around our Sun. If they do, that would have important implications for understanding galaxy formation. The principal investigator for both programs is Roeland van der Marel of the Space Telescope Science Institute (STScI) in Baltimore, Maryland.
Observing Stellar Motions in Dwarf Galaxy Companions to the Milky Way
The nearest galaxies to our own Milky Way are its companion dwarf galaxies, which are much smaller than the Milky Way. Van der Marel and his team plan to study the motions of stars in two of these dwarf galaxies, Draco and Sculptor. The orbits of the stars are governed by the gravity arising from the dark matter in each galaxy. By studying how the stars move, the researchers will be able to determine how the dark matter is distributed in these galaxies.
“How structures in the universe formed depends on the properties of the dark matter that comprises most of the mass in the universe,” explained van der Marel. “So we know there’s dark matter, but we don’t know what actually makes up this dark matter. We just know that there is something in the universe that has gravity and it pulls on things, but we don’t really know what it is.”
The team will study the distribution of dark matter in the centers of the dwarf galaxies to determine the temperature properties of this mysterious phenomenon. If dark matter is “cold,” its density will be very high near the centers of the galaxies. If dark matter is “warm,” it will be more homogenous throughout the area approaching the galactic centers.
At the same time Webb’s Near Infrared Camera (NIRCam) is studying the centers of Draco and Sculptor, another instrument, the Near Infrared Imager and Slitless Spectrograph (NIRISS), will be probing the outskirts of the dwarf galaxies. “These simultaneous observations will provide some insight into how stars move differently near the center and the outskirts of the dwarf galaxies,” said co-investigator Tony Sohn of STScI. “They will also allow two independent measures of the same galaxy, to check for any systematic or instrumental effects.”
Because Webb has approximately six times the light collection area of NASA's Hubble Space Telescope, the team can measure the motions of stars much fainter than what Hubble can see.  The more stars included in a study, the more accurately the team can model the dark matter that influences their motions.
Studying the Motion of Dwarf Galaxy Companions to Andromeda
The nearest large neighbor galaxy of our Milky Way, Andromeda has numerous dwarf galaxy companions, just as the Milky Way does. Van der Marel and his team plan to study how four of those dwarf galaxies are moving around Andromeda, to determine if they are grouped within a flat plane in space, or whether they are moving around Andromeda in all directions.
Unlike the first observation program, the team is not trying to measure how stars inside the dwarf galaxies move. In this study, they are trying to determine how the dwarf galaxies as a whole move around Andromeda. This will provide insights into the process whereby large galaxies form by accretion and accumulation of smaller galaxies, and how exactly that works.
In most models, dwarf galaxies that surround larger galaxies are not expected to lie in a plane. Typically, scientists would expect dwarf galaxies to fly around bigger galaxies in random ways. Slowly, these dwarf companions would lose energy and be accreted into the larger galaxy, which would grow larger still.