Khojaly genocide is commemorated in Azerbaijan - Tragedy of century
Read: 549

Nikol Pashinyan will be forced to flee - the expert does not consider the decision of the General Staff spontaneous
Read: 475 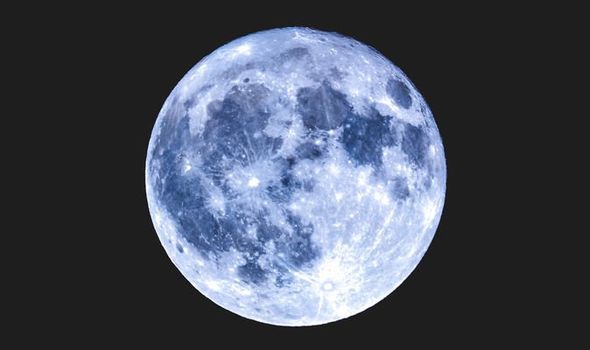 The last full moon of the decade will occur tonight, at 12:12 am Eastern time on December 12. It's called the full "cold moon".

The Moon will appear full all night, first becoming visible in the east with a saffron-colored tinge as it climbs just above the horizon. The Moon rises at 4:35 pm in Washington, 5:18 pm in Atlanta, and at 5:08 pm in Oklahoma City.

That's also within 15 minutes of sunset for each city; full moons, since they're opposite the sun in our sky, always rise at sunset. Full moons appear fully illuminated to us Earth-dwellers since the side catching the sunlight is facing us. That means the Sun, Moon and Earth are all in a nearly perfect lineup.

The Moon will emerge into the sky at 99.9 percent illumination, peaking briefly at full brilliance at 12:12 am Eastern Thursday (9:12 pm Pacific). By moonset (which will occur shortly after sunrise Thursday morning), the Moon will be back down to 99.9 percent full. Its radiance will continue to dwindle, waning until the new moon occurs on Christmas night.

The December full moon has been dubbed a "cold moon," for reasons everybody (well, everyone except folks in Florida) can probably guess.

The unusual and causal landing of the full moon on 12/12 at 12:12 am has many reverting to superstition or ritual. In Chinese astrology, there are 12 animals that each represent a year; 2019 is the year of the pig. Hindu mythology calls the sun by 12 different names. And in Western culture, the number 12 reportedly has significance based on Judeo-Christian tradition teachings of Jesus' 12 apostles.

Others have their own ideas of what the 12/12 Moon will mean.

While the auspiciously timed full moon will be a beacon of curiosity for some, it's slated to put a damper on Friday night's Geminid meteor shower, outshining many of the fainter meteors.