What is mass of our galaxy? - Incredible numbers | Eurasia Diary - ednews.net

What is mass of our galaxy? - Incredible numbers

Scientists used sophisticated models to calculate the mass of the Milky Way. 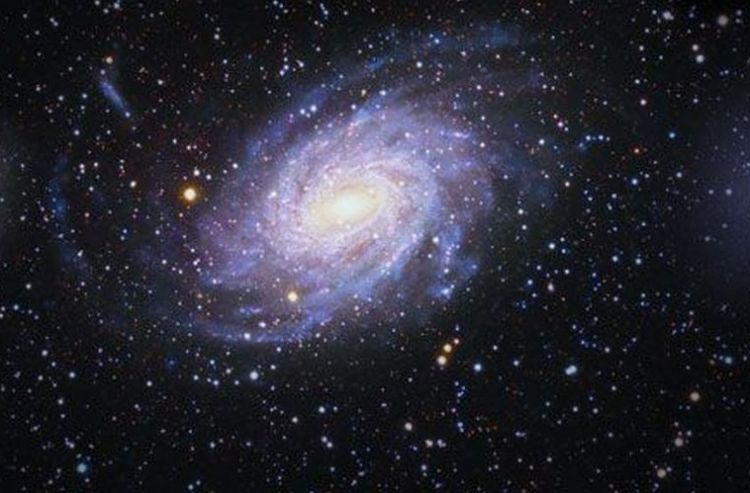 The Milky Way is a large barred spiral galaxy, the galaxy that contains our Solar System. With a diameter between 150,000 and 200,000 light-years, it is estimated that the galaxy hosts almost 100–400 billion stars and more than 100 billion planets, Eurasia Diary reports citing Tech Explorist.

Estimating the mass of our home galaxy, or any world is especially troublesome. A world incorporates not just stars, planets, moons, gases, dust, and other objects and material, yet additionally a big helping of dark matter, an unknown and invisible type of matter that isn’t yet wholly comprehended and has not been legitimately distinguished in the lab. Astronomers and cosmologists, in any case, can gather the presence of dark matter through its gravitational effect on visible objects.

Now, a new study that involves using sophisticated models has estimated the mass of our galaxy- approximately 890 billion times that of the sun, or 3.9 tredecillion pounds.

For the study, scientists used data from multiple sources to create a model based on mass. The information gave data about the way stars, gas, and other material in the galaxy move. This information was then used to create what they portray as a ‘rotation curve.’

As the galaxy doesn’t spin in uniform ways, the specialists needed to think of such a curve to more readily comprehend the distances of the galactic objects.

Scientists noted, “Spinning forces can be balanced against gravitational forces to learn more about their masses. Such a balance is what keeps objects from being pulled into the black hole at the center of the galaxy or being flung out into space. And it can also be used to calculate an object’s mass.”

Next, scientists took a step forward by calculating the balance states for all of the objects in the galaxy. Doing this enabled them to quantify all their masses. Adding them together gave a total—of a sort.

Scientists concluded, “their estimates are in line with the results of other researchers with the same goal, giving their findings more credence.”

The study is published in the arXiv.