Khojaly genocide is commemorated in Azerbaijan - Tragedy of century
Read: 549 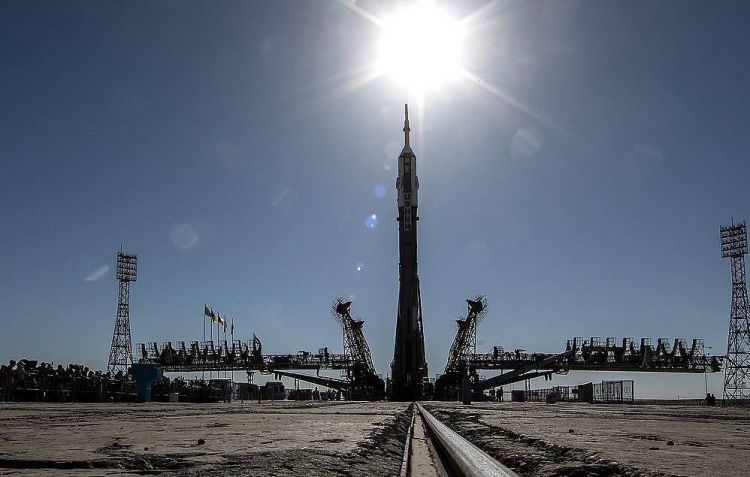 "In this project, the work is arranged in the following way. Kazakhstan is responsible for the ground-based part, and we will spend approximately $233 mln on the modernization of the Zenit-M space launch facility, that is, the launch pad, while Russia will be in charge of the production of the Soyuz-5 carrier rocket. It is expected that $916 mln will be allocated for this work. It is clear that these funds will be earmarked by Russia," he clarified when asked about the funding for the Baiterek project.

Meanwhile, Kazakhstan’s Vice Minister of Digital Development, Innovation and Aerospace Industry Marat Nurguzhin informed TASS that the amount allocated by Kazakhstan to finance the project had been revised downwards from about $283 mln to $233 mln. "The unmanned option is being considered, and thus the price tag for the project has decreased. The issue at hand is currently $233 mln," he said, adding that the Baiterek project was scheduled to be implemented from 2020 to 2023.

On August 22, 2018, Russia and Kazakhstan signed a protocol on the amendments and supplements to the bilateral agreement of December 22, 2004, to build the Baiterek space launch facility at the Baikonur space center.

It stipulates the parties’ responsibilities relating to the project, the termination of the lease and handover of the Zenit-M space ground-based launching infrastructure to Kazakhstan for further upgrading. In this project, Kazakhstan is responsible for creating Baiterek’s ground-based infrastructure by upgrading the existing Zenit-M space launch facility. Russia is developing the Soyuz-5 and the Soyuz-6 carrier rockets to be launched from the Baiterek facility.