An astronomer calculated that Earth's intelligent life is probably 'rare.' Here's what that means. 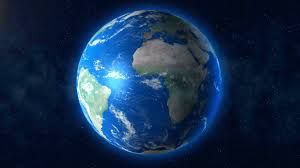 If we all got together and started Earth over, winding time back to the moment right after the land cooled from hot magma and giant meteor showers stopped devastating the planet, would life rise again on this planet? And would that life ever become intelligent?

A new paper published May 18 in the journal Proceedings of the National Academy of Sciences offers an answer: Life likely spawns quickly and easily under Earth-like conditions. But intelligent life is probably rare and slow to emerge, suggesting it might not re-appear.

Some reports have suggested this paper is about the odds of intelligent life emerging beyond our planet ⁠— alien life and alien civilizations. But the author, David Kipping, a Columbia University astronomer, kept his focus on Earth itself. His paper leaves questions about other planets unanswered. He used a statistical method called Bayesian analysis to study the handful of data points available, landing on the conclusion that we're probably lucky to exist at all.

There are two main approaches to statistics, said Pauline Barmby, an astronomer at the University of Western Ontario who wasn't involved with Kipping's paper: frequentist and Bayesian. When news networks announce who just won a presidential election, meteorologists predict the weather, and public health officials estimate coronavirus infection rates from limited samples, they're usually using frequentist approaches. In other words, they use the limited information they have to judge what the truth about the world most likely is. Bayesian analysis more closely resembles the way human beings actually think.

"Bayesian analysis is just a way of describing and updating beliefs ⁠— or information content ⁠— when you see some piece of data," said Will Farr, an astrophysicist at Stony Brook University in New York, who also wasn't involved in Kipping's paper.

For instance: How likely am I to make a free-throw this time, given that I've missed the last 20 times I tried? What about if I missed the last 50? The approach forces researchers to examine the assumptions involved in the questions they're asking and their confidence in those assumptions, Barmby said.

Kipping's paper took the handful of data points that have been collected on how long it took life and intelligence to emerge on Earth, as well as estimates of how long Earth will be habitable based on the sun's life cycle. He then used a Bayesian approach to figure out the odds on whether each event is a "rapid process" or a "slow and rare scenario."

If life's emergence from inanimate stuff ("abiogenesis") was fast, we'd expect that on an Earth rewound and rerun,  life would probably happen at some point in our planet's billions of habitable years, Kipping wrote. But if that emergence was slow, life might have been a lucky break. The same caveats apply to the emergence of intelligence.

Isabelle Winder, a biologist, archaeologist and expert in primate and human evolution at Bangor University in the United Kingdom ⁠— who wasn't involved in Kipping's research ⁠— said his history of life on Earth is basically correct.

Still, that's not a lot of data, certainly not enough for frequentist analysis. (We've only run one "Earth" experiment, and have no other similar planets to compare ourselves to yet.) But a Bayesian analysis offers some clarity.

Using a model that Farr and Barmby said appeared well-designed and rigorous, Kipping arrived at some numbers: There are better than 3-to-1 odds that "abiogenesis is indeed a rapid process versus a slow and rare scenario," Kipping wrote, "but 3:2 odds that intelligence may be rare."

Run Earth's history over again, and there's a decent change that we, or creatures like us, never emerge.

So what? "What you have is: Life emerged a few hundred million or maybe almost a billion years after Earth stopped being bombarded with massive objects. Humans showed up close to the 4-billion-year mark. And Earth will probably be habitable for another billion years or so," Farr said. "That is absolutely useful information. You might ask, if those numbers stayed the same, but Earth was orbiting a different type of star, [how would that change things?]"

That's relevant to an ongoing debate in astronomy around "M-dwarf" stars, Farr said ⁠— stars of a type much more common than our sun's, which might support habitable planets for tens of billions of years longer than our sun will. These M-dwarf stars, however, are also possibly too prone to radioactive flares that would likely sandblast life off those planets' surfaces.

Still, Farr said, Kipping's paper should be understood as mostly about Earth, not alien life.

Related: 9 strange excuses for why we haven't met aliens yet

But Kipping's paper is a very good statistical analysis of the very limited information we do have about our planet alone, Farr said.

The meaning of life

But Kipping's paper only looks at when life first emerged and when intelligence first emerged after the planet became habitable, Winder said. The paper doesn't care if life and intelligent life emerged more than once, though they might have. The paper also doesn't care what form those life-forms take. That's reasonable for the purposes of making a mathematical model, she said. But the details of what habitability, life and intelligence look like are trickier than the paper suggests, she said.

Before the Cambrian explosion 541 million years ago, life was relatively simple. For billions of years, the fossil record suggests Earth was inhabited by just individual cells or small colonies. Then, during the Cambrian explosion, life rapidly diversified. Within tens of millions of years, nearly every current animal body plan (including that of vertebrates) emerged.

And hordes of creatures with body plans totally unlike anything seen today also flourished, suggesting alternative, alien-seeming evolutionary routes that life might have taken. Then, a massive extinction event 488 million years ago wiped out much of that diversity of life, narrowing animal life down to what we see today.

Kipping's paper addresses the issue by abstracting it away, Winder said. In whatever manner intelligence develops in an Earth rerun, his model only cares about the first time it emerges. And it assumes that so far on this Earth, it's happened only once, with humans. Very likely, she said, the common ancestors of humans and other apes might meet our definitions of intelligence. And we don't know for sure, she said, that intelligence has emerged only once on Earth. If Earth were rerun, the results might be so different from our current reality that we'd have trouble recognizing "intelligence."

"My impression from looking at evolution and the history of life is that very rarely do you get things happening once," she said. "You get multiple origins for eyes, for instance. You get multiple ways of making a living. You possibly get multiple taxa coming up out of the water onto the land. I would think the probability of it happening again in the same way as vanishingly small."

She pointed out that the paper more or less defines an intelligent species as a species capable of writing papers like this. Astronomers in general, Barmby said, tend to define intelligent life as "other astronomers" ⁠— species that might send radio signals into space, for example, and hunt for radio waves themselves.

There are reasonable definitions of intelligence, Winder said, that suggest it's emerged more than once just among creatures alive today on Earth, in such creatures as dolphins, whales and cephalopods, or squid, she said.

Traits such as language, tool use, and the capacity to think about oneself aren't unique to humans. Whenever scientists define certain types of mental abilities as uniquely human, some animal is eventually found that have those abilities.

It would be interesting, she said, to see how Kipping's model would change if it had to account for that complexity, she said. In this model, intelligence would be treated as something that's emerged more than once on Earth to various extents and an unknown number of times. She also asked how the model would change if it treated intelligence as having emerged earlier in humanity's evolutionary history than it does now.

This second point ⁠— the exact date of intelligence appearing in human history ⁠— doesn't matter that much to his model, Kipping told Live Science. Give or take a couple hundred million years, the conclusions are pretty much the same ⁠— just as they don't change much based on the debate about when precisely life emerged in Earth's history.

As for whether it would change his model to introduce uncertainty about how many times intelligence evolved, he said, "Here it will matter, and frankly I can't give you a simple answer without repeating a complicated series of numerical integrations."

But given that the odds of intelligence emerging aren't so long, Kipping said it probably still shouldn't matter much.

"I mean it's a slight preference, but obviously not a slam dunk significance preference, so however you define intelligence, it's going to remain fairly ambiguous and diffuse," he said.

As for whether intelligent life is out there elsewhere in the universe, that remains a "grand mystery," he wrote in the paper.

His paper didn't address, for example, whether intelligent civilizations that do emerge tend to survive or quickly kill themselves off. (Our own isn't old enough to offer answers one way or another.) The best thing to do, Kipping said, is to keep looking for hints of intelligent life out there.

But it's not clear we'll recognize it when we see it, Winder said.