Pfizer COVID-19 Vaccine as Effective in General Use as in Trials - Israel researchers | Eurasia Diary - ednews.net 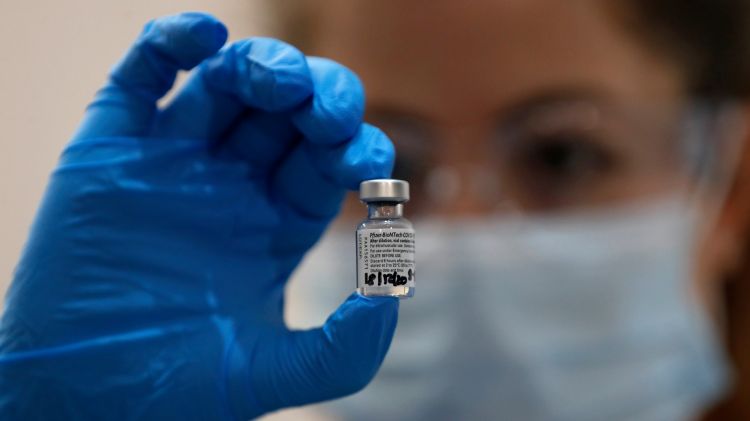 A new study finds the new Pfizer-BioNTech COVID-19 vaccine is as effective in real-world use as it was during its late-stage clinical trials.

In a large-scale study of 1.2 million people, researchers at Israel’s Clalit Research Institute found the two-dose vaccine reduced symptomatic cases of COVID-19 by 94% across all age groups, and reduced severe illnesses by 92%.  Researchers also found that a single shot of the vaccine was 57% effective after just two weeks.

The peer-reviewed study, published Wednesday in The New England Journal of Medicine, is the first analysis of a national COVID-19 vaccination strategy.

Late-stage clinical trials of the Pfizer-BioNTech showed the vaccine was 95% effective in combating the novel coronavirus.

Meanwhile, Moderna says it has developed a new version of its two-dose vaccine targeted to combat the COVID-19 variant first identified in South Africa. The U.S.-based pharmaceutical company has sent a small amount of the new version to the U.S. National Institutes of Health for additional study.

Both Pfizer and Moderna say they plan to increase their output of the vaccine within the next few months, with Pfizer doubling its output to 13 million doses per week by mid-March, with Moderna hoping to deliver 40 million doses per month by April.

European Union leaders will meet Thursday via videoconference to discuss ways to improve the slow pace of the production and distribution of COVID-19 vaccines.  Concerns are growing among the 27-member regional bloc that the fast-spreading variants recently detected in Britain and South Africa will be resistant to the new vaccines.

In Japan, organizers for the postponed Tokyo Summer Olympic Games are placing a number of coronavirus-related restrictions on spectators coming out to witness the traditional relay of the Olympic torch.

The relay will begin March 25 in the northwestern prefecture of Fukushima, the site of the March 2011 nuclear disaster triggered by an earthquake and subsequent tsunami.

Yukihiko Nunomura, the vice director-general of the Tokyo 2020 organizing committee, announced Thursday that spectators will be required to wear masks, and will not be allowed to eat or drink except for water to avoid heatstroke.  Cheering and shouting is also banned, but spectators can clap as the torch relay passes by.

Organizers say spectators will be required to preregister for a spot at each relay point to witness the torch’s arrival, but Nunomura said the relay could be stopped if too many spectators gather along the route.

The 2020 Tokyo Olympics were postponed for a year as the novel coronavirus outbreak evolved into a global pandemic.  However, recent public opinion polls indicate an overwhelming majority of Japanese believe the games should be postponed again or canceled, with Tokyo and other areas under a state of emergency to quell a surge of new infections.

The opening ceremony for the postponed Games will be held on July 23.