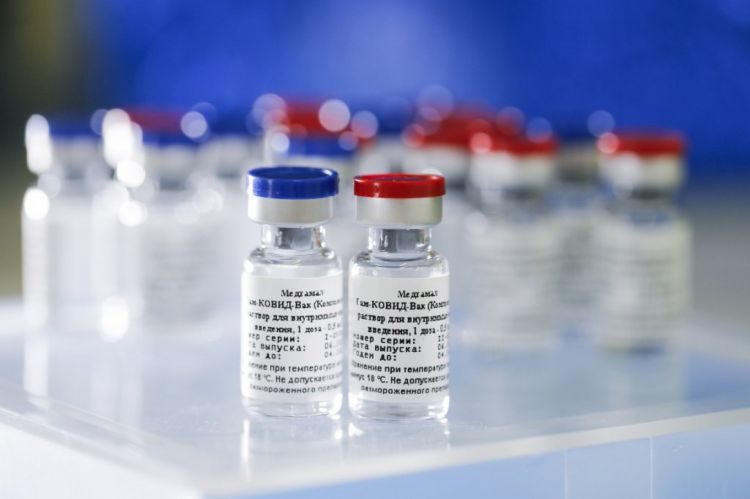 Europe's drug regulator launched an in-depth review of Russia's Sputnik V coronavirus vaccine on Thursday, putting it on course to be the first non-Western jab used across the 27-nation EU.

Russia, which has pushed for a speedy approval, quickly said it was ready to provide jabs for 50 million Europeans as soon as the shot gets the green light from the Amsterdam-based European Medicines Agency.

Leaders in Europe have been warming to the idea of deploying the Russian-developed vaccine as the continent struggles with shortfalls of the three jabs currently authorised for use.

"EMA has started a rolling review of Sputnik V, a Covid-19 vaccine developed by Russia's Gamaleya National Centre of Epidemiology and Microbiology," the Amsterdam-based European Medicines Agency (EMA) said in a statement.

The watchdog said its decision was based on clinical studies and lab tests which "indicate that Sputnik V triggers the production of antibodies and immune cells that target the SARS-CoV-2 coronavirus and may help protect against Covid-19."

"EMA will assess Sputnik V’s compliance with the usual EU standards for effectiveness, safety and quality," it added.

The timeline for possible approval should "take less time than normal" due to the work already done during the rolling review, it said.

Concerns were initially raised about Sputnik after a fast-track procedure that saw it approved for use in Russia last August and deployed in December ahead of large-scale clinical trials.

But the Lancet medical journal published results in February showing Sputnik V to be 91.6 percent effective, based on third-phase trials with more than 20,000 volunteers.

Hungary has meanwhile broken ranks and become the first EU country to approve and order the vaccine, while the Czech Republic and Slovakia have also ordered Sputnik stocks.

The three approved for use in the bloc so far are the US-German Pfizer-BioNTech jab, US firm Moderna's shot, and the vaccine developed by British-Swedish firm AstraZeneca with Oxford University.

US-based Johnson & Johnson has also applied for authorisation while Novavax and CureVac are under rolling review.

Russia and the EMA have rowed in recent weeks about the authorisation process for Sputnik.

Sputnik's makers insisted in February that they had applied for the start of a rolling review, urging the watchdog to hurry up. But the EMA said at the time that it had received no such application.

As it would be the first non-Western developed vaccine deployed in the EU, officials have said that Sputnik production sites outside the bloc would need to be inspected.

"They are not producing in Europe, so of course there should be an inspection process on the production sites," European Commission chief Ursula von der Leyen said on February 17.

Brussels has been wary of Russian and Chinese vaccines, concerned that Moscow and Beijing would use them as soft power tools.

Von der Leyen herself raised questions about why Moscow was so keen to push the vaccine on the EU.

"Overall I must say, we still wonder why Russia is offering theoretically millions and millions of doses while not sufficiently progressing in vaccinating their own people," she said.