A planet close to us with a day that lasts forever and an eternal night lit up by exploding volcanoes | Eurasia Diary - ednews.net

We know very little about exoplanets. Despite thousands out there confirmed by astronomers, little is known about whether they have atmospheres, water or anything else that may make them habitable.
We only sometimes know how big they are and even how far they orbit from their host star.
So the claim that a planet has been found around a star that has volcanoes that light-up its night sky is a big one. Until now, researchers have found no evidence of global tectonic activity on planets outside our Solar System.
The ground-breaking work, published this week in The Astrophysical Journal Letters, concerns an exoplanet called LHS 3844b, which orbits a red dwarf star—the most common type of star in the Milky Way—about 49 light-years distant in the constellation of Indus.
What’s so bizarre about LHS 3844b 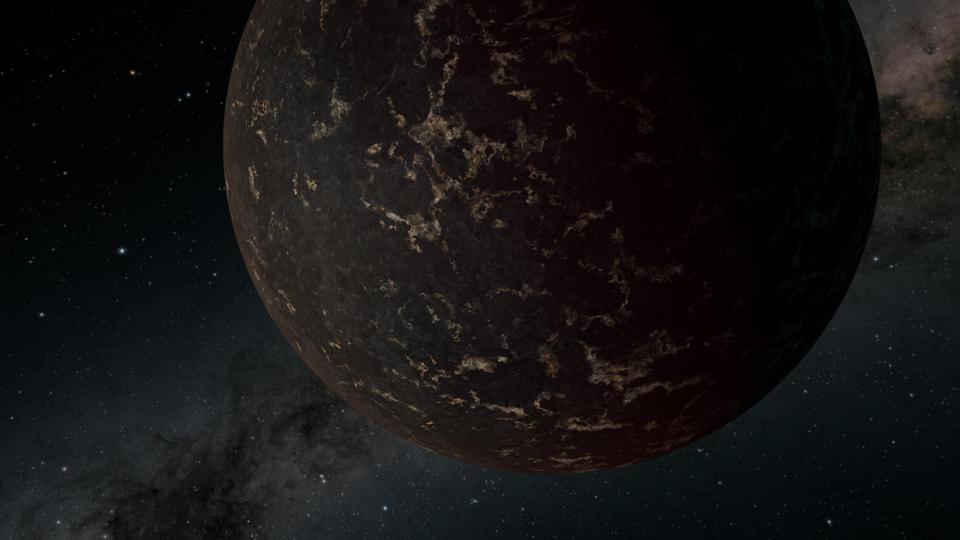 Its surface may be covered mostly in dark lava rock, according to observations in 2019 by NASA’s Spitzer Space Telescope. It also discovered that very little heat travels from the planet’s star-facing dayside to its space-facing nightside. That indicates a lack of wind and weather—and therefore no atmosphere.
Now scientists at the University of Bern and the National Center of Competence in Research NCCR PlanetS in Switzerland have found that the material inside LHS 3844b flows from one hemisphere to the other. It could be responsible for numerous volcanic eruptions on one side of the planet.
How tectonic activity works on LHS 3844b
“Observing signs of tectonic activity is very difficult, because they are usually hidden beneath an atmosphere,” said Tobias Meier at the Center for Space and Habitability (CSH) at the University of Bern. “We thought that its severe temperature contrast might affect material flow in the planet’s interior.”
To test that theory, the team ran computer simulations with different strengths of material and internal heating sources—such as heat from the planet’s core and the decay of radioactive elements.

“Based on what we are used to from Earth, you would expect the material on the hot dayside to be lighter and therefore flow upwards, and vice versa”, said co-author Dan Bower at the University of Bern and the NCCR PlanetS. However, some simulations showed the opposite flow direction. “This initially counter-intuitive result is due to the change in viscosity with temperature—cold material is stiffer and therefore doesn’t want to bend, break or subduct into the interior,” said Bower. “Warm material is less viscous—so even solid rock becomes more mobile when heated—and can readily flow towards the planet’s interior.”
It seems clear that LHS 3844b works in a very different way to Earth, where plate tectonics brings material from the planet's interior to the surface and the atmosphere, and then transports it back beneath the Earth’s crust—and in doing so helps makes Earth habitable.