Russia's long-range nukes could hit Japan and even Hawaii - ednews.net

Russia's long-range nukes could hit Japan and even Hawaii

Russia's nuclear-capable ballistic missiles can strike targets at ranges up to 5,500 km. 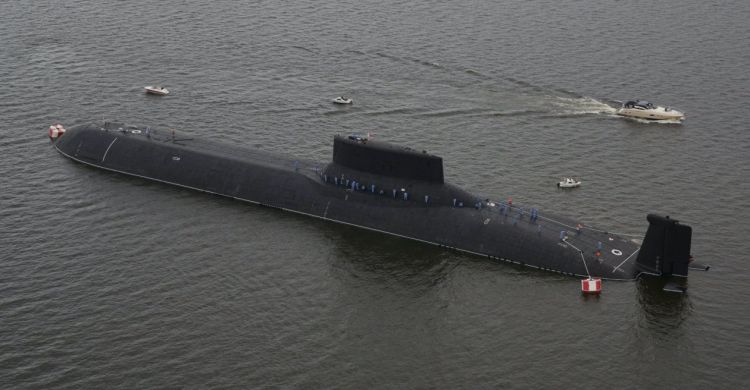 Here's What You Need to Remember: This Russian test firing in the Sea of Okhotsk is clearly within striking range of Japan and, should the submarines travel slightly to the East, Hawaii could be at risk.

Russian submarines have fired off nuclear-weapons-capable ballistic missiles out to ranges as far as 5,500 km in the Sea of Okhotsk, a development that increases the range and scope with which Russia can hold Japan and even the continental U.S. at risk of a nuclear attack.
“The Pacific Fleet’s strategic missile-carrying underwater cruiser Vladimir Monomakh made a salvo launch of four Bulava ballistic missiles from its submerged position at a distance of more than 5,500 kilometers from the Sea of Okhotsk,” the Russian Defense Ministry said, according to a report from the Russian News Agency TASS.
All the missile’s warheads successfully arrived at the designated area of the Chizha combat field, the TASS report said.
While there is nothing particularly surprising or unusual about these drills, however, it does again raise worries over Russia’s alleged “escalate to de-escalate” strategic nuclear posture, an possible approach that has raised concern in the United States.
For instance, some U.S. lawmakers and military weapons developers are of the view that Russia’s more aggressive nuclear posture has, to a large extent, provided the motivation for the Trump administration’s Nuclear Posture Review which, among other things, calls for the addition of several new nuclear weapons. Along these lines, the Pentagon has already made enormous progress with early development of a new low-yield submarine-launched nuclear weapon. The new U.S. weapon, which involves a modification to the existing Trident II D5 nuclear missile, brings new tactical options to strategic nuclear deterrence. This, former Secretary of Defense Jim Mattis told Congress several years ago, is exactly why the U.S. strategy has in recent years favored the addition of several new, low-yield nuclear weapons. The goal, Mattis explained at the time, was to bring Russia back to the negotiating table regarding nuclear weapons by, at least in part, adding several new tactical, lower-yield nuclear weapons to the arsenal.
This Russian test firing in the Sea of Okhotsk is clearly within striking range of Japan and, should the submarines travel slightly to the East, Hawaii could be at risk. The development, while somewhat routine in that it aligns with Russia’s steady posture, does add to the Pentagon’s urgency to build its first several new Columbia-class ballistic missile submarines. It is also why the Navy has for many years now been extending the viability of its fleet of Ohio-class submarines which are already operating years beyond their expected service life.
In a manner somewhat analogous to the United States, Russia is also emphasizing a sea-air-land nuclear triad, yet with an arsenal that has been upgraded to a very large degree in recent years. Russian nuclear weapons maintenance and modernization, coupled with its more aggressive strategic approach to deterrence, has raised some alarm bells in the West that Russia maybe thinks there could, in theory, be a place for some kind of tactical, or limited nuclear weapons attacks.
The missile firings were part of a broader Russian combat preparation drill involving the entire triad, including submarine and land-based launchers as well as weapons firings from Tu-160 and Tu-95MS bombers.