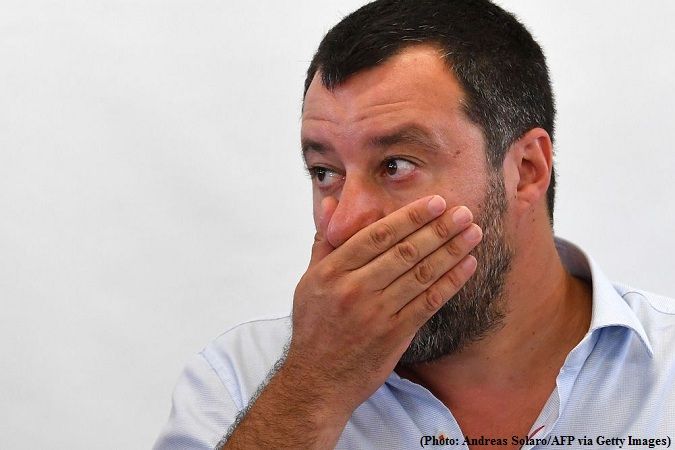 Matteo Salvini, the euroskeptic politician of Italian politics, can’t seem to shut down a scandal over possible illegal financing from Russia, Bloomberg reports.

The deputy prime minister has been trying to distance himself from a close ally, Gianluca Savoini, who was recorded apparently soliciting illegal party funding from three Russians, according to a report by Buzzfeed News. The story has dominated Italian media coverage since it broke last week.

Saovini also attended a July 4 dinner with Russian President Vladimir Putin in Rome earlier in July and Salvini says he doesn’t know how his associate came to be there. “Ask him,” he said Friday, according to Ansa. “I prefer to focus on serious issues.”

But on Sunday, Prime Minister Giuseppe Conte undermined that account, saying in a statement that Savoini had in fact been invited by Salvini’s office.

With western leaders struggling to get to grips with the scope of Russian attempts to undermine their democracies, the Buzzfeed report suggests that the most powerful home-grown opponent of the European Union may have been colluding with the Kremlin. Salvini has broken rank with France and Germany by repeatedly calling on the EU to lift sanctions against Russia.

As well as the U.S. presidential election of 2016, Russia has sought to attack the democratic process in at least 15 EU states, including Germany, France and Spain, according to a Senate minority report last year which labeled Putin a “malign influence.”