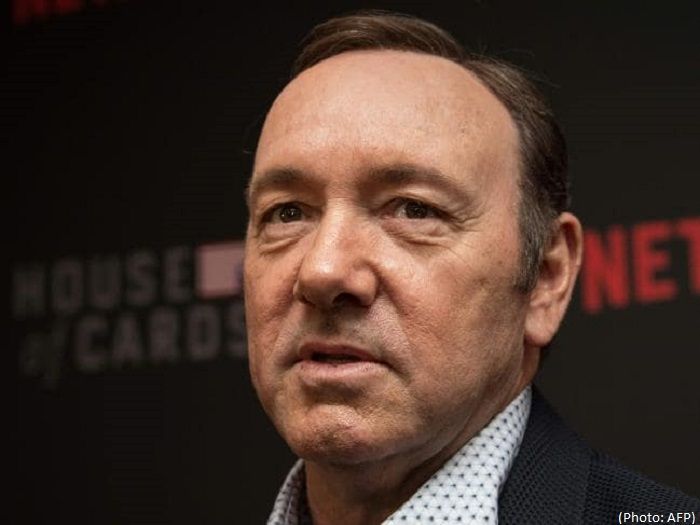 Prosecutors said they made the decision to drop the felony indecent assault and battery charge against the Oscar winner after the alleged victim invoked his right under the U.S. Constitution against giving self-incriminating testimony, Reuters writes.

Spacey’s lawyers had previously accused the man of deleting text messages that would support his defense. The man invoked his Fifth Amendment rights during a hearing earlier this month concerning the whereabouts of his cell phone, which was missing.

A lawyer for Spacey, 59, did not respond to requests for comment.

Spacey, who has won two Oscars, including the best actor Academy Award in 2000 for his role in “American Beauty,” had pleaded not guilty to the charge. His lawyers had called the allegations “patently false.”

Mitchell Garabedian, the accuser’s lawyer, said in a statement that his client had “shown an enormous amount of courage under difficult circumstances.”

The case’s filing last year marked one of the relatively rare criminal prosecutions of the #MeToo era, which has seen mostly women reveal widespread patterns of sexual harassment and abuse in entertainment, business and politics.

The allegations emerged after another actor accused Spacey of trying to seduce him three decades ago when he was 14, leading Netflix to drop Spacey from “House of Cards,” and to his scenes being edited out of the film “All the Money in the World.”

Spacey first became embroiled in controversy in October 2017 when actor Anthony Rapp accused him of trying to seduce him in 1986, when Rapp was 14. Spacey apologized for his inappropriate conduct with Rapp.

The Nantucket accuser told police Spacey had bought him several rounds of beer and whiskey at the Club Car Restaurant on the island in July 2016 when he was 18 and, according to charging documents, said at one point, “Let’s get drunk.”

As they stood next to a piano, Spacey groped the man, he told investigators.

Spacey’s accuser sued on June 26, but dropped the lawsuit a week later ahead of a July 8 hearing in Nantucket District Court regarding his phone, which his lawyer said he could not find after being ordered to turn it over to Spacey’s attorneys.

He then invoked his Fifth Amendment rights after taking questions from an attorney for Spacey about whether text messages were deleted from the phone before it was given to investigators.