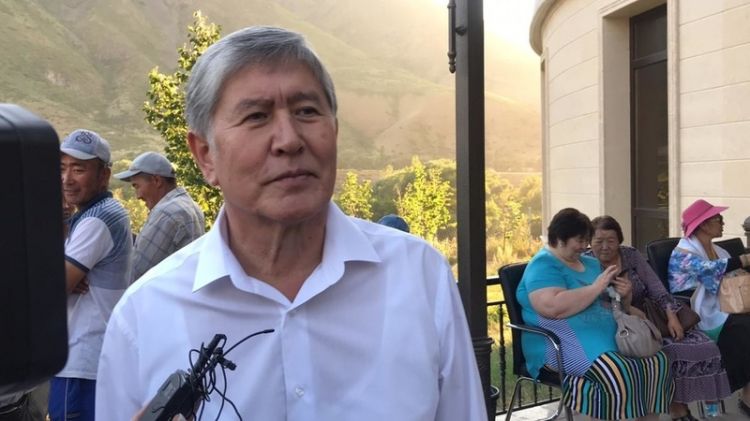 Almazbek Atambayev has not showed up at the investigation service of the Interior Ministry of Kyrgyzstan for questioning today despite he was summoned, AkiPress reports.

Atambayev’s representative Sergei Slesarev said he is preparing another letter to the Interior Ministry to point to violation of the laws. Slesarev says the law on ex-president’s immunity from prosecution is still in effect.

The third summon was handed into to Atambayev’s representative yesterday.

Earlier Atambayev was summoned on July 10, but Atambayev refused to show up for interrogation.

The first summon was handed on July 8, but was dismissed by Atambayev as well.

According to unconfirmed reports, the interrogation is linked to the case of illegal freeing of crime boss Aziz Batukayev from prison.

On June 27, Parliament of Kyrgyzstan voted for stripping Almazbek Atambayev of his immunity.

Atambayev was accused of illegal freeing of crime boss Aziz Batukayev from prison, concealment of income, illegal land purchase, corruption in the modernization of the Bishkek power plant and the illegal supply of coal to the power plant. The General Prosecutor's office backed the accusations partially.

Atambayev slammed the parliament and said accusations against him are "completely absurd, have no legal ground and are based on rumors." He said he will resist his arrest.