Trump claims Russia created hypersonic missile after receiving info about it from US
Read: 252 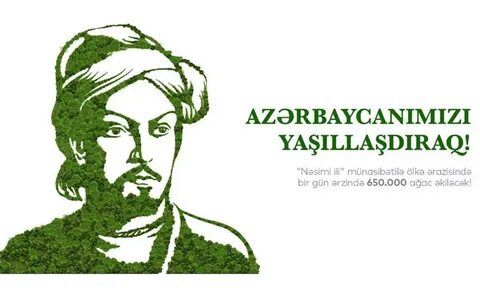 The environmental campaign has started in Azerbaijan to mark the 650th birth anniversary of great Azerbaijani poet Imadaddin Nasimi. On the initiative of Azerbaijan’s First Vice-President Mehriban Aliyeva, 650,000 trees to be planted in the republic on December 6, Eurasia Diary reports citing Vestnik Kavkaza.

The first trees were planted in Shamakhi city, where Nasimi was born. Italian Ambassador to Azerbaijan Augusto Massari, speaking with the correspondent of Vestnik Kavkaza, welcomed this initiative. He joined the campaign in Müşfiqabad, a village in the Qaradağ raion of Baku.

"I think this is a very noble initiative. Nature is a great value, that surrounds us when we come to this world. We must protect it, we must improve the environment. I came here to share this initiative with our Azerbaijani friends," he said.

The ambassador also spoke about joint Italian-Azerbaijani environmental projects. "We have established very fruitful cooperation with Minister of Ecology Mukhtar Babayev. As you know, the state visit of President Ilham Aliyev to Rome is planned for February next year, an environmental protection agreement between the ecology ministries of the two countries is being prepared by this date, so that it can be signed during the Azerbaijani President's visit to Italy," Augusto Massari said.

UN Deputy Resident Coordinator Alessandro Fracasetti, speaking with the correspondent of Vestnik Kavkaza, also supported this initiative. "Tree planting is one way of combating climate change, that everyone can do. Each tree absorbs approximately 24 kg of harmful emissions per year and produces enough oxygen for a person to breathe for two years. If one plant a lot of trees, one can make a significant contribution to improve the environmental situation," he said. "I can say with certainty that today's campaign of Azerbaijan is a very important contribution to environmental improvements. The more trees are planted, the more oxygen is produced and the more harmful emissions are absorbed. Therefore, we certainly welcome such events," Alessandro Fracasetti concluded.