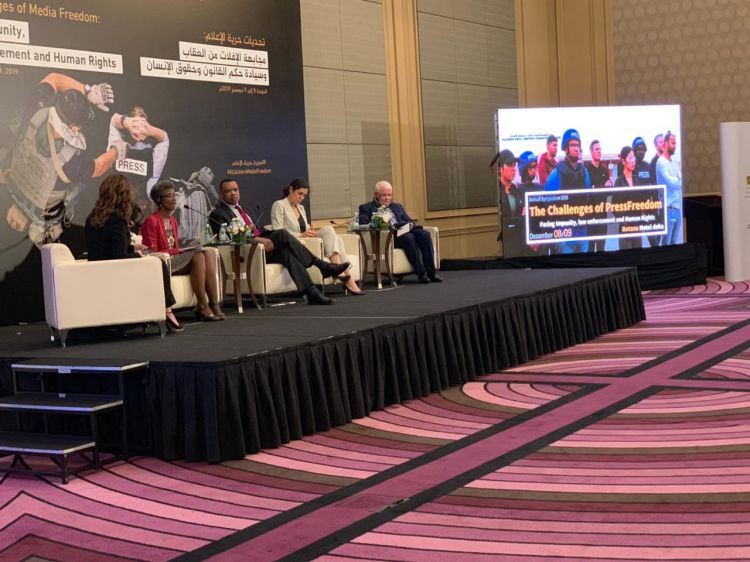 We would like to remind that the President of International Eurasia Press Fund had a visit in Doha, Qatar to attend the seminar “Challenges of Media Freedom: Confronting Impunity, Rule of Law and Denial of Access to Information,” organized by the Al Jazeera Centre for Public Liberties & Human Rights on 8-9 December. In the 2-day event, among the attendees there were Director General-Al Jazeera Media Network Dr Mostefa Souag, UN Special Rapporteur on extrajudicial summary or arbitrary executions Dr.Agnes Callamard, Executive Director – International Press Institute Barbara Trionfi, President of Azerbaijani based International Eurasia Press Fund Mr.Umud Mirzayev and others. Speaking to Eurasia Diary his impressions about symposium the IEPF President also underlined the representatives of international organisations he met at the event. “In general, this symposium was very productive for all of us. We raised issues with freedom of press, providing safety for journalists and protecting them from the dangers that they may face due to their professional work. In the symposium, I had a chance to meet and have talks with the Director of Division of Freedom of Expression and Media Development – UNESCO Mr Guy Berger, our close friend and partner from International Press Institute Barabara Trionfi as well as Dr.Agnes Callamard from UN, Andrew Anderson from Front Line Defender and high-level representatives from other organisations. The symposium, in fact, gave us opportunity to exchange our experience and build new relations with representatives of those international organisations.  We also discussed prospects of being unanimous in a platform to eliminate issues with human rights and freedom of press.”

What were the major issues you discussed at the symposium throughout the sessions?

“First of all, I appreciate events that Al Jazeera “Centre for Public Liberties & Human Rights” organises every year. Each time at event of this kind, Al Jazeera put many problems concerning freedom of speech, human rights forward for discussions.

Besides that, Al Jazeera have been organiser of a number of campaigns for human rights issues and freedom of speech, where our organisation International Eurasia Press Fund has actively taken part in one of which was held in 2017. I would like to mention that our organisation has had very significant role in many other projects of Al Jazeera. A bright example is the short video promotion that produced by Al Jazeera about the freedom of speech, where IEPF logo was included along with others.

Actually, in the panel, I spoke mainly about the role and cooperation of local media and international organisations in the process of developing human rights and the freedom of information. I also exchanged our practice, the practice and experience of the International Eurasia Press Fund since the inception this organisation”.

At the symposium you also touched upon Garabagh conflict. What was reaction of the auditorium to the facts of crimes in Karabakh?

“I everywhere speak about Karabakh conflict. This is our moral rights and the most painful side of our current problems. I would even say that every small problem in Azerbaijan is based on Karabakh conflict. If we talk about human rights or issues with media, these also link to the problem of Karabakh.  As long as this problem lasts this consumes our time and energy that we could instead direct them to the most important and beneficial spheres of businesses in Azerbaijan. I believe that Azerbaijan could be the most successfully developed country in the region.

Also concerning the human rights issue, we have to talk about 1,200 000 people or murder of 7 local and foreign journalists whose rights were violated during Karabakh conflict. I regret to say that those who assassinated journalists in Karabakh yet remain unpunished and in the worst case they are holding high positions in government structures of Armenia. I in particular my speech criticised the international organisations that try to uphold Armenia who are in fact aggressors and plotters of those crimes.

Nevertheless, we are developing our international cooperation, and we have returned from this meeting with full of achievements.”

After the symposium, you had meetings with head of Al Jazeera TV departments. What opportunities did these meetings create?

Yes, as soon as symposium came to an end, I had a meeting with the Director General Al Jazeera TV Mr Mostefa Souag in his office. We discussed documentary films about Azerbaijan’s rich history, culture and fascinating nature that recently broadcast in the program “Musafir” on Al Jazeera TV. I thanked him for the hard work of the Al Jazeera team in cooperation with International Eurasia Press Fund and asked them to give permission for dubbing the films into Azerbaijani. He gave a positive response promising that he would instruct the departments to assist in resolving this issue. We believe that in the near future these films will be released in Azerbaijan.

During my visit, I also met with the heads of Al Jazeera TV's Human Rights, Documentary, News and other departments. We discussed opportunities for cooperation with them and even agreed on a joint implementation of a number of projects next year. We believe that IEPF and Al Jazeera will have a closer and more inclusive partnership and we will have more joint projects beginning from next year. Al Jazeera was once an inaccessible institution, but it is now a platform which is very close to us. Taking advantage of the experience and capabilities of this platform, we will try to make more benefits for our country out of this. 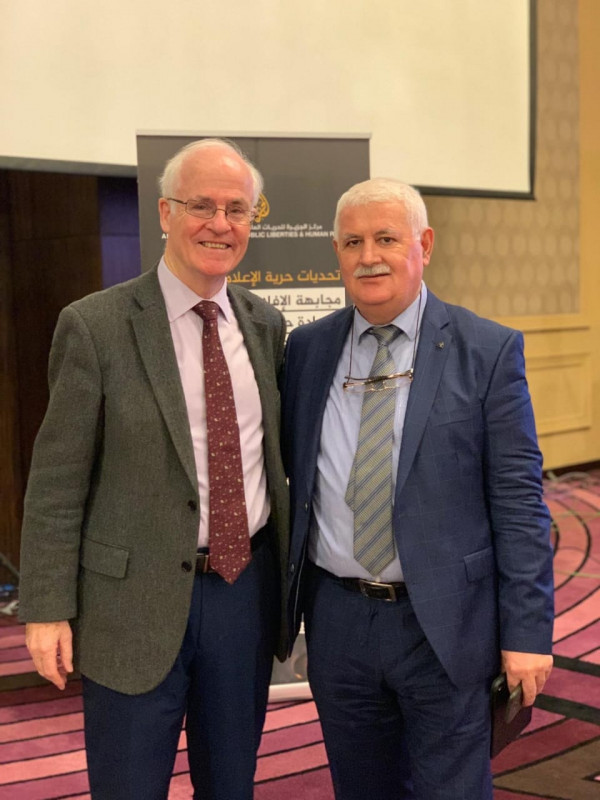 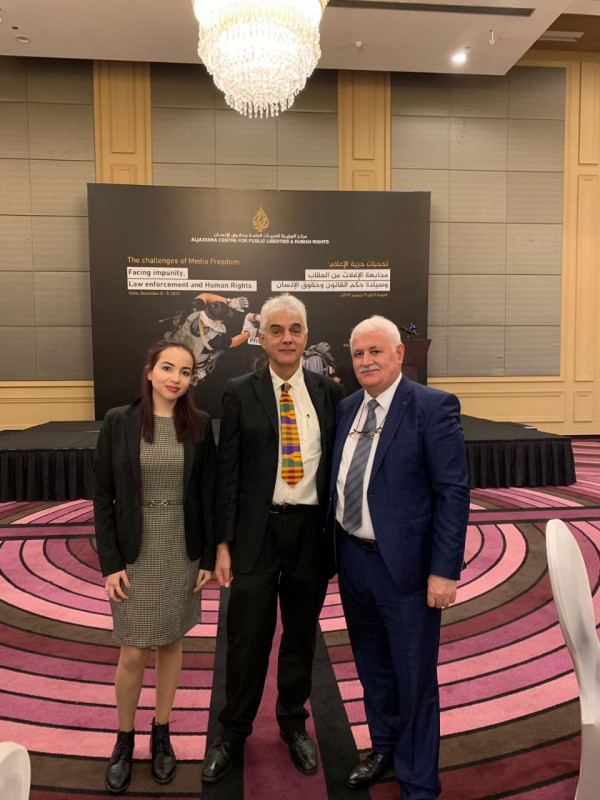 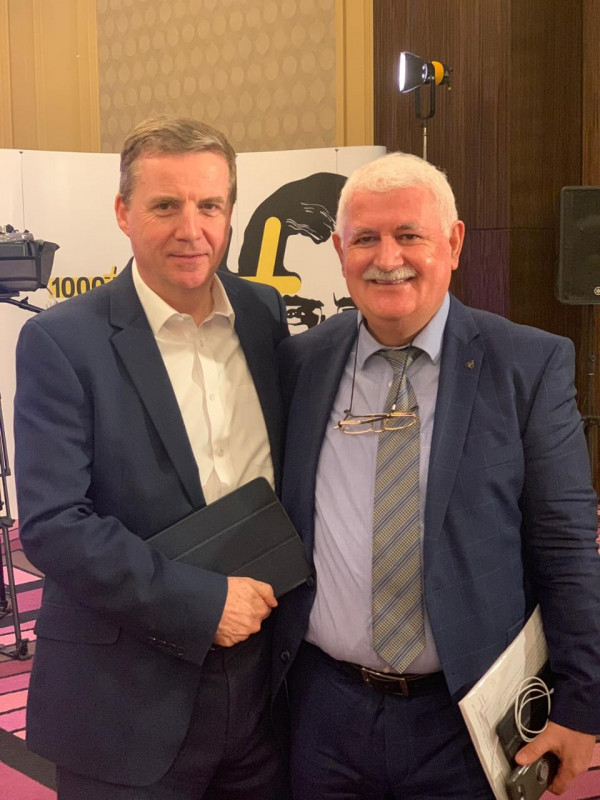 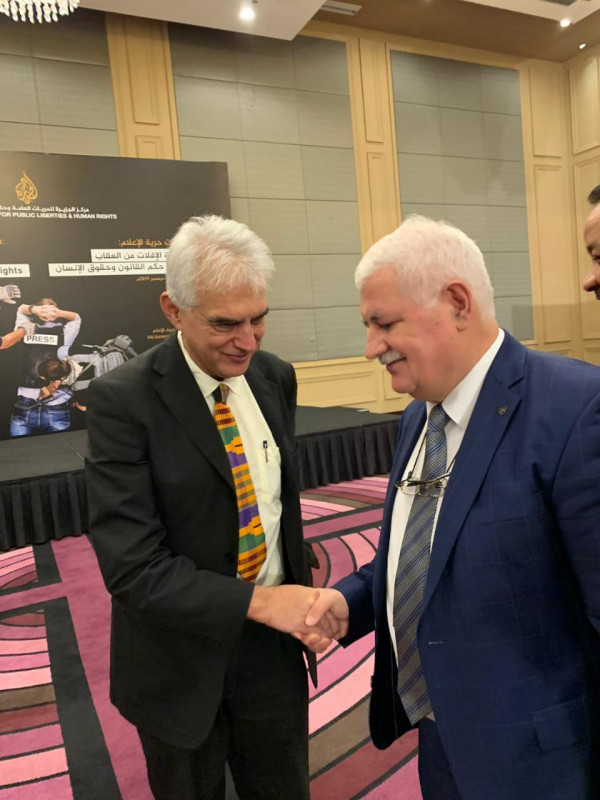 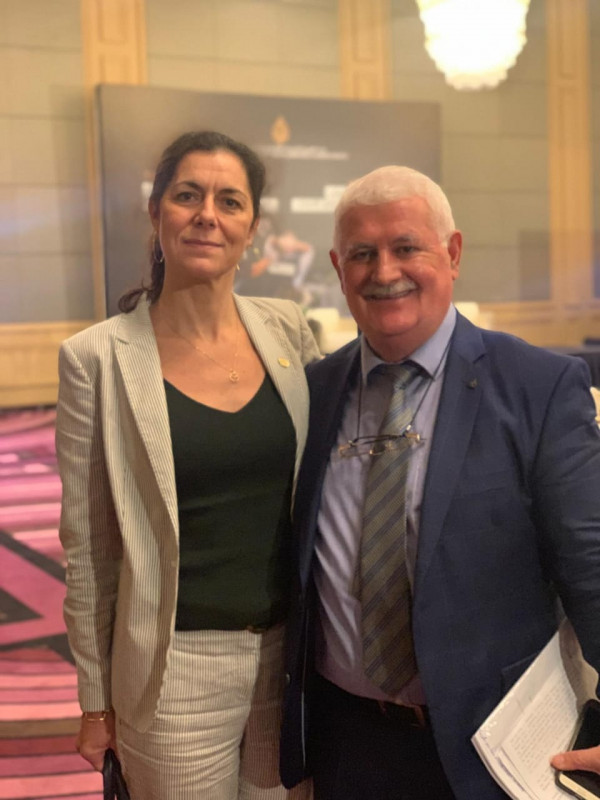 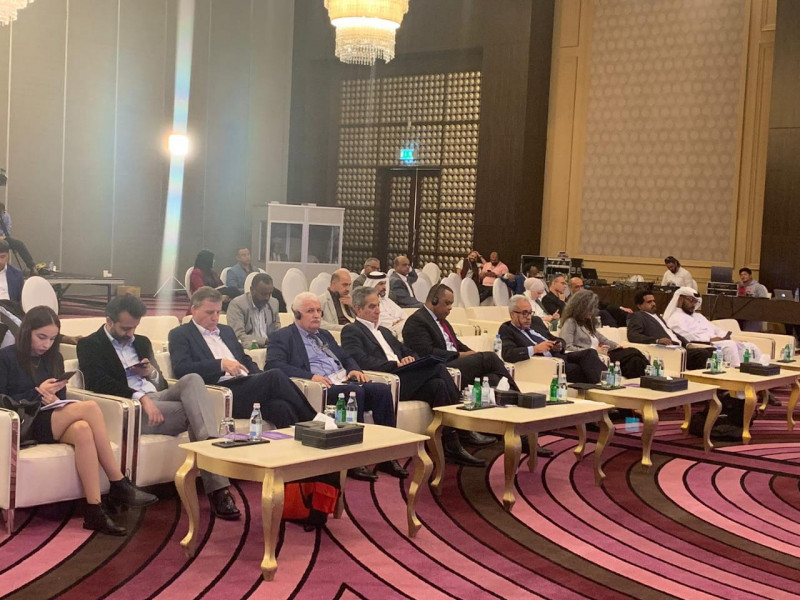