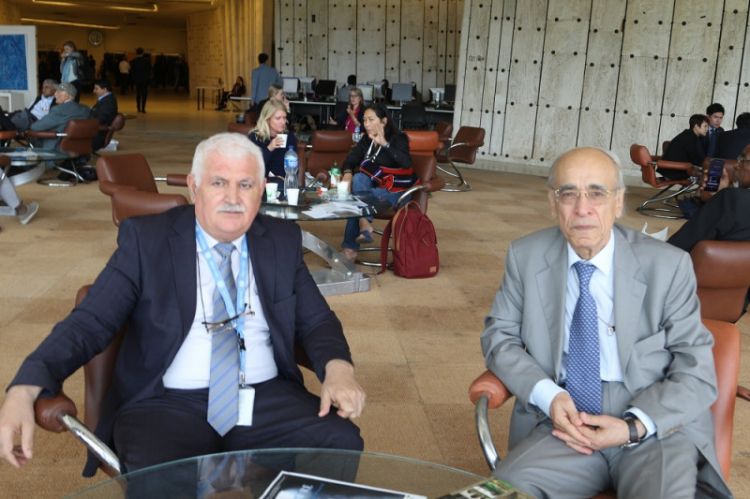 The International Eurasia Press Fund (IEPF) has officially designated a new representative to the United Nations Office in Geneva, Switzerland.

Eurasia Diary informs that the IEPF, Azerbaijani based international NGO, which enjoys a General Consultative status with the UN Economic and Social Council (UN ECOSOC), designated Prof. Osman El-Hajje as a new representative to the UN Geneva Office.

Osman El-Hajje is a graduate Doctor in International Law from Geneva University and has a diploma from international high studied relations in Geneva.
Previously, he  used to work as a professor at Jinan University in Tripoli/ Lebanon, and was a president of the University's human rights Centre. Moreover, Prof. El-Hajje was a member rapporteur from 1994 to 1997 of ONU's Sub-commission against discrimination and for protection of minorities. From 2009 to 2015 he was a Vice-Chaire of the Human rights Council' Working-Group against enforced disappearances.