We are ahead of many developed countries - Azerbaijan's President | Eurasia Diary - ednews.net

" Now, Armenians have two choices: Either they accept the situation or leave the country " - Rovshan Ibrahimov
Read: 363

Defense Minister meets with the Commander of the peacekeeping forces deployed in the Nagorno-Karabakh region of Azerbaijan
Read: 262

We are ahead of many developed countries - Azerbaijan's President 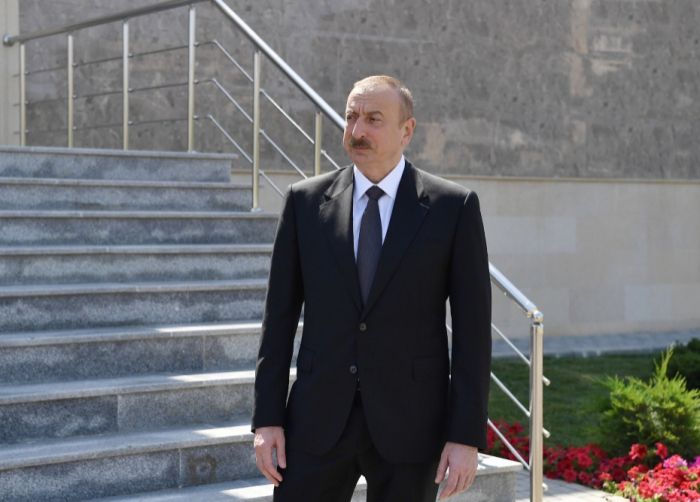 "During the recent years, substantial projects have been implemented in Azerbaijan in the field of energy, generation potential has been increased and lost power has been restored," President Ilham Aliyev made these remarks at the inauguration of 110/35/10 kV Ahmadli substation owned by AzerEnergy OJSC in Khatai district, EDNews.net reports citing AzVision.

The Thermal Power Plant (TPP) in Mingachevir will be opened soon after reconstruction.

"In fact, it is a reconstruction of power plant with capacity of 2,400 MW and the construction of substations. Today Azerbaijan ranks second in the world in terms of the accessibility of electricity in accordance with the report of the Davos World Economic Forum. We are ahead of many developed countries. And we still continue to work. New substations are being opened within my visits to the regions. Recently, two substations were opened in Tartar and Agjabadi. Now "Ahmadli", "8th Kilometer", "Khirdalan", "Buzovna", "White City". All our electricity household should be completely renovated meeting the highest modern standards. A number of projects have been completed. However, there is still much work to be done, and we will realize them gradually," President Aliyev also added.