Secretary General of TURKSOY: Vandalism committed in Aghdam is directed against all mankind | Eurasia Diary - ednews.net

Secretary General of TURKSOY: Vandalism committed in Aghdam is directed against all mankind 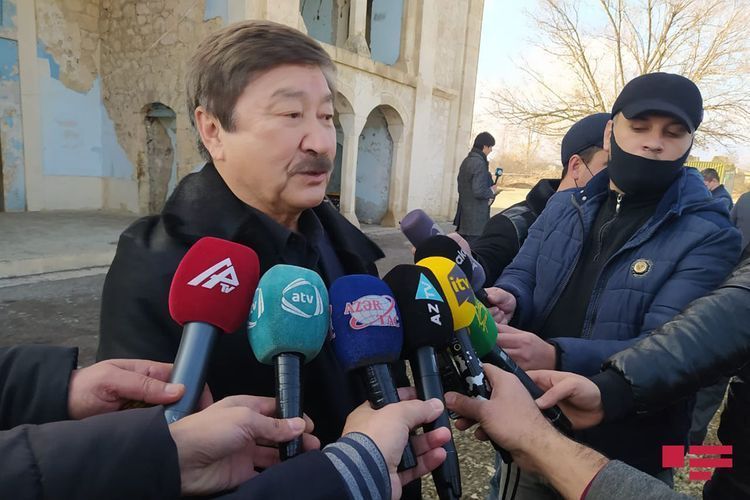 After visiting the Juma Mosque in the city of Agdam, representatives of the Cooperation Council of Turkic-Speaking States (CCTS) got acquainted with the ruins of the Agdam Drama Theater, Eurasia Diary reports citing APA.

Secretary General of TURKSOY Dushen Kaseinov expressed his wish in an interview with journalists that the destroyed ancient monuments of Turkic culture in Agdam be restored: “I sent a congratulatory letter to the President of the Republic of Azerbaijan, dear Ilham Aliyev, and noted that I believe that all historical and cultural monuments destroyed during the occupation will be quickly restored.  I wish it now.  Representatives of the International Organization of Turkic Culture will also support the restoration of our cultural heritage as soon as possible.

The vandalism committed here is directed not only against Azerbaijan, but also against all of humanity. "

After that, the guests will make a trip to Fuzuli region.