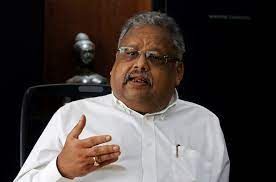 The promoter of India’s newest airline, Akasa, Jhunjhunwala appeared days ago at its public launch. He is survived by his wife and three children.
The cause of death was not immediately known.
Major politicians and business leaders mourned his death on social media.
“Rakesh Jhunjhunwala was indomitable,” Prime Minister Narendra Modi wrote on Twitter.
“Full of life, witty and insightful, he leaves behind an indelible contribution to the financial world. He was also very passionate about India’s progress. His passing away is saddening. My condolences to his family and admirers.”
Modi ended with “Om Shanti,” an invocation of peace.