Ex-PM Medvedev speaks about his relations with Putin
Read: 570 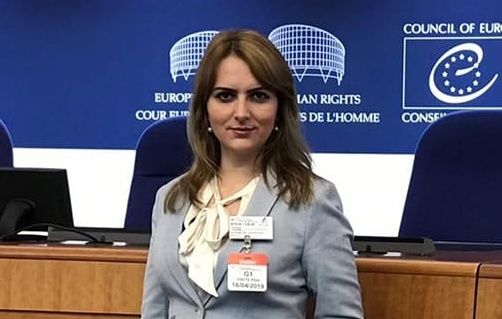 “After it became known that 10-year-old Mikhail Grigoryan has to leave the project as a result of the audience vote, the participant said from the stage that he invites everyone to his hometown in “Karabakh”, to tasty flatbreads with greens. At the same time, the show’s host insisted to name the city, to which M. Grigoryan replied - the city is “Stepanakert”.

Thus, the Azerbaijani city of Khankendi, located in the occupied Nagorno-Karabakh region of Azerbaijan and once, during the Soviet times, called Stepanakert, was broadcast on the Russian TV First Channel as part of the self-proclaimed, not recognized by any state, "Nagorno-Karabakh Republic".

This is a direct example of how the channel is used to promote and disseminate false information by the Armenian state. By intonation it is immediately clear that everything was planned in advance.

Moreover, in the extensive story about M. Grigoryan, the flag of the self-proclaimed "Nagorno-Karabakh Republic" was also shown. The regions of Azerbaijan that are currently under occupation of neighboring Armenia were represented as the territory of Armenia.

A few days ago, it became known that the Permanent Mission of Armenia to the United Nations Office in Geneva, in addition to its annual report, submitted to the to the Office of the UN High Commissioner for Human Rights a report of the separatist regime of the unrecognized “Nagorno-Karabakh Republic” established in the occupied territories of Azerbaijan. The document is posted on the official UN website. In the report it is being said that so-called "Nagorno-Karabakh Republic" - an independent state; while the rest of the occupied territory of Azerbaijan was also presented as the territory of the "republic". Moreover, Azerbaijan was accused in the so-called occupation of the territory of the neighboring "republic". The report on 67 pages contains falsified facts and false information. The Armenians expressed the texts of the official UN Security Council resolutions demanding the immediate withdrawal of the Armenian Armed Forces from the occupied territories of Azerbaijan.

Therefore, on the Russian TV First channel, the occupied lands of Azerbaijan are issued as part of the Armenian state, and at the same time, as part of the unrecognized “Nagorno-Karabakh Republic”, the political analyst concluded.

This case cannot be left without attention! - A. Lavrina said.