US senator prepares proposal to purchase S-400 from Turkey
Read: 549 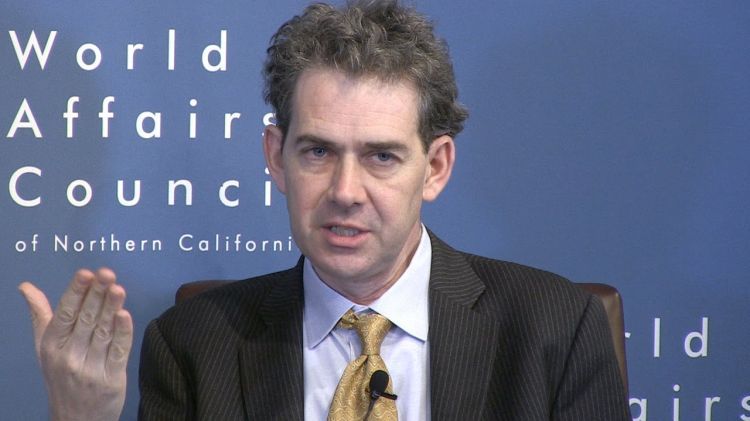 Thomas de Waal, British journalist and writer on the Caucasus, author of many books and best known with "Black Garden" expressed his vision about the escalation of conflict between Georgia and Russia. On his Facebook, de Waal gave many options about the causes of the conflict.

At first, Tom de Waal is surprised at the thinking of the Kremlin rulers, who successfully ousted Saakashvili in 2012-13, the political relationship was suspended because of Abkhazia and South Ossetia, and will be for the foreseeable future. But the opposite happened, they began to get more normal and predictable relations with Tbilisi, with resumption of trade etc. Russians were happy to have their Borjomi and Khvanchkara back. In the last year, they have been close to finalizing the 2011 WTO transport corridors deal that gives Russia a reliable year-round north-south road route to Armenia, Turkey and Iran via Georgia.

So why rip everything up again? It’s a pretty stupid policy, given that it will only entrench anti-Russian feeling in Georgia, and the main opposition party which is benefiting, UNM, is not pro-Russian but violently anti-Russian.

This after they had won some points by helping broker a regime-change deal in Moldova with the EU and US.

Read more: Protesters marched against Putin and Ivanishvili in Tbilisi

Some explanations come to mind, some of them compatible with one another, but they all have flaws, to be honest:

1. The Kremlin feels cheated by Ivanishvili and GD: They had hoped he would normalize relations properly. Instead, he has been having his cake and eating it—trading with Russia, while buying US weapons and signing an EU Association Agreement. The Gavrilov episode was the last straw. But what next?

2. Personal: Putin had lost interest in Georgia since Ukraine kicked off in 2013. So Georgia policy defaulted to more constructive middle-level policy-makers and business-people. When Putin “remembered” Georgia he lashed out.

3. Domestic: (continuation of 2.) It’s harder to make Ukraine an enemy after Zelensky’s election, and the Donbas conflict is a quagmire. It’s useful to have manufactured outrage about a Western proxy, so we dust off the outrage about Georgia, even if most of the public (according to polls) feels quite normal about Georgia nowadays. That could imply this will be all bluster and no action.

4. Commercial: The people who were benefiting from improved relations were not the big businesses: tour operators, small airlines, wine importers. Georgia was diverting tourists away from Crimea, where much bigger fish have a stake.

5. Conspiratorial: The Kremlin is doing some kind of deal with Misha (Saakashvili - ed) with the aim of destabilizing both Georgia and Ukraine. Certainly, Putin and Misha are currently hitting Georgian Dream from both sides. Putin made a jesting remark the other day that Ukraine should give Saakashvili his Ukrainian citizenship back—maybe it was more than a jest? Various people have told me how Misha has been funding himself with Russian money in Kyiv. Fun to speculate about this one, but I guess it goes too far!

Read more: What does PACE invitation to Russia means for Karabakh conflict?