When Real Madrid or Barca knock on the door the other clubs must tremble - Guardiola on Sterling transfer
Read: 358

The ties among Russia, Azerbaijan and Turkey may fundamentally re-modify the European energy map - Russian expert 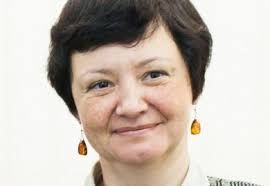 So far, Russia, Azerbaijan and Turkey have successfully developed their relations on a bilateral basis, however the realities in this modern world have made these countries to be desparate on a common agenda.

As Eurasia Diary reports citing to Trend, Natalia Krasovskaya, head of the Centre for Russian-Azerbaijani Friendship and member of State Duma of the Federal Assembly of the Russian Federation talked to the local media about the origins and prospects of the new format in the relations between the three countries.

In her commentary, Natalia Rudolfovna expressed her viewspoint on the basis of format of the trilateral relations of Azerbaijan-Russian-Turkey.

"The main unifying factor is the common desire to strengthen political stability in the region and develop economic ties on a mutually beneficial basis, the benefit of all three participants in the format has much in common - interest in the extraction and transportation of oil and gas resources, projects in the logistics sector, military-technical contacts, development of agricultural and tourism sector. All this is quite successfully developing in bilateral formats, but creating a configuration of countries that are geographically close and economically interested in each other has significantly greater potential and opens up fundamentally different opportunities. I note that we are talking not only about the economy, but also about protecting the sovereignty of our states from political pressure and sanctions. What is Trump’s recent statement that he is tearing apart the Turkish economy! Tody building a common line of defense in foreign policy relations and preventing the imposition of foreign interests on the region is very important," she said.

In her answer to the question of what development prospects can be expected in this trilateral cooperation, she directed it to the overall implementation of large-scale transport and energy projects.

"Examples can be the already existing Trans-Anatolian Gas Pipeline (TANAP) and Turkish Stream, which is entering the final stage of its construction. Russia and Azerbaijan are equally interested in delivering their gas to European countries through Turkey, and the Turkish side is striving for the status of a regional energy hub and at the same time is waiting for support from Russia and Azerbaijan. Thus, the interests of all three states coincide. Of course, the EU wants to achieve lower energy prices, hoping for competition between Russia and Azerbaijan and trying to attract Turkey to their sides. However, it should be borne in mind that Azerbaijani gas projects are not Russian competitors - if gas goes from Azerbaijan to Italy and the Balkan countries, gas deliveries from Russia will be oriented to southeastern Europe. So the result, it seems, will be the opposite, creating a kind of tripartite cartel, our countries will be able to dictate pricing policies and maximize overall benefits. Moreover, the union of three such powerful players will reformat the European energy map radically."

Natalia Rudolfovna also touched upon task to be implemented by Azerbaijan that should be implement within the framework of the trilateral format.

"The most important factor in building any long-term union is based on trust. First of all, when it is based not on unsubstantiated slogans, but on some common basic values, which may be language, tradition, history or religion. In this regard, Azerbaijan's strong ties with both Russia and the Turkic world is an ideal mediator that can hold the tripartite format together. Cultural and historical ties, community, religious and linguistic roots unite them with our country. Azerbaijan is famous for its ability to maintain a balance of interests, directing complex negotiation processes in a constructive direction," she added.