Scientists share images of gorgeous meteoroid explosion on the surface of Jupiter
Read: 1741

Russian Su-34 fighter-bomber with a series of strikes in Idlib, Syria
Read: 974

What is an attitude of Armenians to making Russian second official language in Karabakh? - Expert comments
Read: 418

NASA's Webb telescope will capture more stars at higher resolution - What that means for astronomy
Read: 416 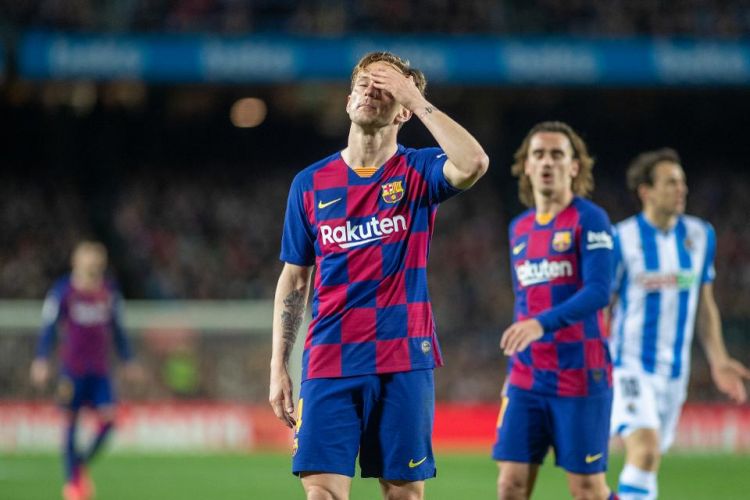 The Spanish champions boast the most expensive squad - in terms of salary - in world sports and needing to bring in money, are looking to offload a host of big names.

Indeed some reports have claimed that every member of the first team - bar Lionel Messi, Marc-Andre ter Stegen and Frenkie de Jong - are available. Of course, it’s difficult to see the likes of Gerard Pique or Sergio Busquets departing at their age, and with their vast salaries.

But in terms of everyone else, a desperation to bring in cash after years of overspending, means even last summer’s £105million signing Antoine Griezmann, plus other World Cup winners in Ousmane Dembele and Samuel Umtiti, are among those available.

As such, there have already been negotiations to bring in the likes of Juventus ’ Miralem Pjanic in potential swap deals.

The move for Pjanic has been questioned in some quarters, given the Bosnian’s age, 30, and the profile of similar midfielder’s already at the club, such as Busquets, de Jong, Arthur, Ivan Rakitic and Rigui Puig.

Then there is also the situation surrounding the club’s famed La Masia academy, which has seen a slow down in its production of first-team ready stars in recent years.

Now an internal document, written in January and now leaked by AS, appears to explain the current board’s thinking on certain situations, including the prioritising of experience of youth.

One section of the report is claimed to state: “The requirements of the specific position must be taken into account. Perhaps not only very young players should be signed.

"Older players contribute more in positions where more knowledge of the game is required.”

It also adds, hinting at a short-term view to success which has seemingly been prevalent in recent years amid an obsession to win a sixth Champions League crown: “An experienced footballer may need less time to adapt to his new club and give his best level from the first moment."

One section, particularly looking at tactical and technical performance, seeming to point specifically towards the signing of another experienced head in central midfield like Pjanic, is complemented by passing data.

Sport reported earlier this month that Pjanic and Mattia de Sciglio could both arrive from Juventus, and that a verbal agreement had been made for the duo to join, plus £22million, in exchange for Nelson Semedo.

However, that deal has not been closed, with Manchester City also keen on Semedo and Juve wanting Arthur in exchange for Pjanic.

Other clubs are well aware of Barcelona's financial situation, leaving Josep Maria Bartomeu facing a battle to strike deals that make them look strong, rather than weak.

Heading into his final season as president, he is determined to have one last fling at the Champions League, although the club have been increasingly desperate to win Europe’s biggest prize in recent years with their ageing squad.