Russian diplomat warns with return of Cold War by race for military dominance in Europe
Read: 682 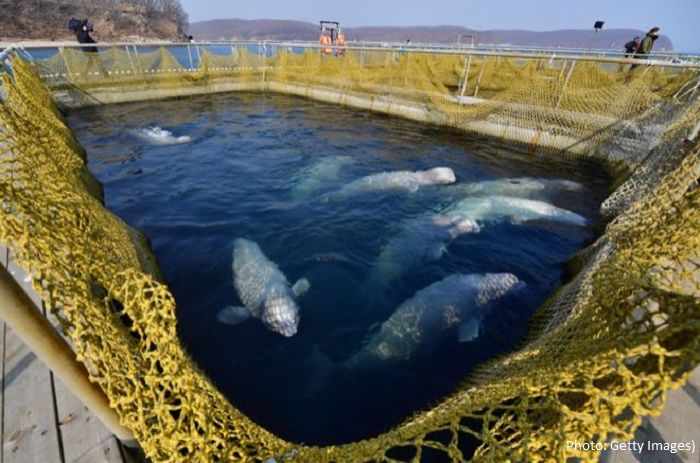 Russia has started releasing a group of captive killer whales whose detention in Russia’s Far East has caused an international outcry, state TV said on Thursday.

Russian Deputy Prime Minister Alexei Gordeyev said the whales would be taken back to where they were caught and released within four months.

“We have taken the only sensible decision at the recommendation of scientists to rebase the animals to their natural habitat where they were caught, to their familiar environment,” the minister said.

“This operation will take about four months,” Gordeyev, who was speaking at President Vladimir Putin’s annual question and answer session, said.

The plight of the 10 captive killer whales, which are being held with 87 beluga whales in cramped conditions in a bay near the port of Nakhodka, triggered an international outcry, with celebrities such as actor Leonardo DiCaprio joining a petition that raised nearly 1.5 million signatures calling for their return to the ocean.