Imran Khan is disappointed with collapse of US-Taliban peace talks 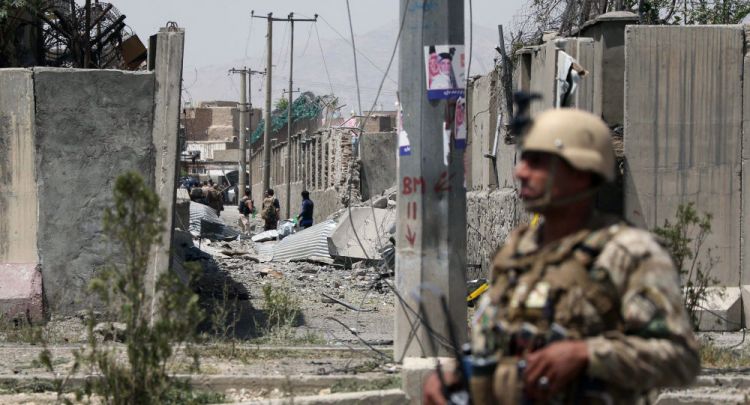 Pakistan is disappointed with the failure of the United States and the Taliban Islamist movement to reach a peace agreement during the recent talks in Doha, Prime Minister Imran Khan said on Thursday, Sputnik International reports.

"This is very tragic. They were close to signing a peace agreement … I have a meeting with President Trump in New York on Monday and would insist that peace dialogue resume", Khan said at a press briefing, as quoted by the Dawn newspaper.

The prime minister stressed that he had been surprised at Trump's announcement on the negotiations' collapse. Khan also pointed out the importance of reaching peace in Afghanistan for the whole Central Asian region.

Earlier this month, US President Donald Trump announced that the peace talks with the Taliban were "dead" after the group had claimed responsibility for a terrorist attack in Kabul that killed a US serviceman. The incident took place on 2 September, just hours after US Special Representative for Afghanistan Reconciliation Zalmay Khalilzad‏ had shared with the nation's leadership the details of a peace deal drafted by the Taliban and Washington during the ninth round of talks in the Qatari capital of Doha.

Both sides had for nearly a year been attempting to negotiate a peace deal that would ensure the withdrawal of foreign troops in exchange for the movement's guarantee that the country will not become a safe haven for terrorists.

The talks, however, excluded the Afghan government as the Taliban consider it a US puppet. The last round of talks in Doha finished on 1 September. Khalilzad said that Washington and the Taliban were "at the threshold of an agreement."

Meanwhile, the Taliban have been boosting attacks in Afghanistan ahead of the presidential election, slated to take place on 28 September.